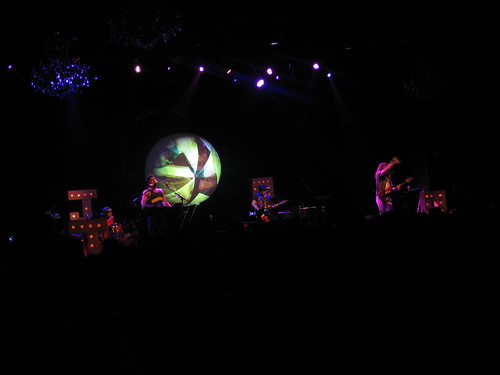 I had seen Dale Earnhardt Jr. Jr. a couple of times when they opened for other bands I went to see. Just like with Walk Off The Earth I wanted to see what they would do as a headliner with a longer set.

There was a giant ‘ball’ center stage. At first it was just white and I was wondering what purpose it might have. After a few songs I found out. They used this ball to project different images including what looked like a Lego character walking and singing. Some of the projections made it appear that the ball was spinning. I’m not sure if the ball was in fact spinning or if it was just the projections.

Joshua Epstein told a story about how even though he was from Michigan his mom had bought him a Golden State Warriors jersey 15 years ago. She had bought it big saying that he would grow into it. He was wearing it at the show and said something like, “As you can tell I’m still waiting to grow into it.”

Daniel Zott had his crazy ponytail, which moved all around when he “keeps[s] on moving on…keep[s] on, on the dance floor”. Overall they had a good set, but the opener was such a downer I just couldn’t get into this show. I’m still a fan, but next time I’ll pay closer attention to who the headliner is before I decide what time to arrive. 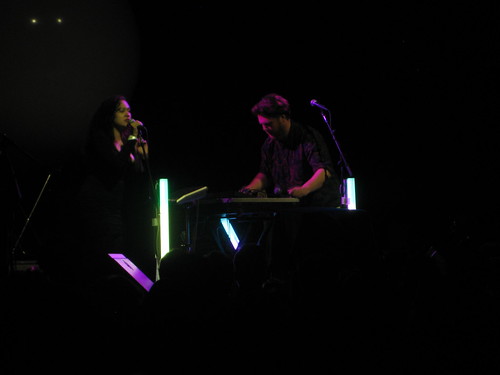 Chad Valley opened the show. While this is Hugo Manuel’s solo project, he did have a woman singing on a few songs. I did not catch her name. It was basically two people on synthesizers with very soft singing voices playing mellow music. I was not a fan.