Y&T at The Fillmore

Posted on April 5, 2014 by addicted2concerts 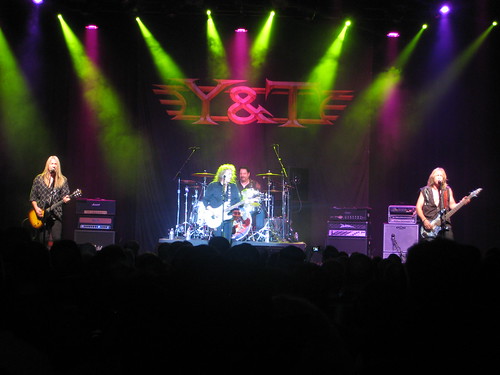 Y&T are a hard rock band from Oakland, CA that formed in 1974. They are currently on their 40th anniversary tour. This band still rocks. They sounded great and made a point to say that everything we heard was live. Nothing was pre-recorded and backtracks are never used.

The audience was engaged and rocked out the entire show. Rock & roll audiences are the best. They are there for the enjoyment of the music. Sometimes they look a bit hard, but are generally the most polite and least annoying of music genre audiences.

Admittedly I’m not a huge fan of Y&T, but I am familiar with several songs that were released in the 80s. You don’t need to know every song to enjoy yourself at a concert. Good music is good music. When it is combined with a powerful live performance it is even better. 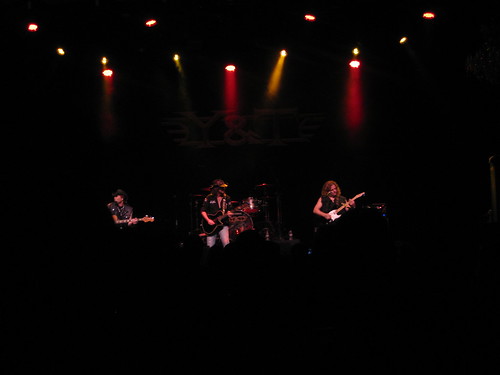 Ron Keel is a heavy metal singer and guitarist. This set was predominately Ron and his guitar. He worked the stage well and told stories about the songs before he performed them. Ron heavily pushed his new album, “Metal Cowboy”, talking about all the people that he worked with during its production. Frank Hannon from Tesla and Aaron Leigh from Frank Hannon Band came on stage to perform a few songs with Ron. Even though his set was a bit heavy on the self-promotion, Ron Keel did rock.