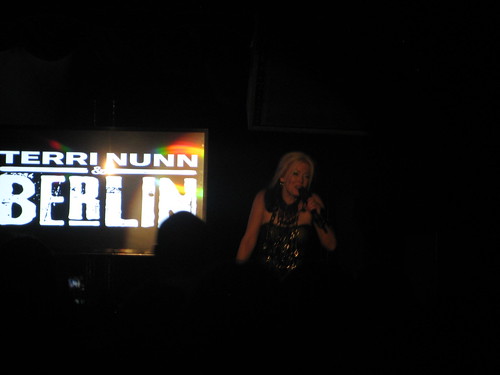 If you read my blog on a regular basis you know I’ve been seeing a lot of artists from the 80s and 90s. This time it was Berlin. Terri Nunn is the only original member of the group. She looked and sounded great. Often these groups do not age well or sound quite as good as they did in their heyday. It was nice to see that she had taken good care of herself and her voice over the years.

At one point during the show Terri came out into the crowd by sitting on the shoulders of a security guard as he walked around the floor. It felt like a short set, but they got in all of their hits – “The Metro”, “Take My Breath Away”, “Sex”, “No More Words”, “Dancing in Berlin”. They even performed some of their newer songs and debuted the video for “Animal”. 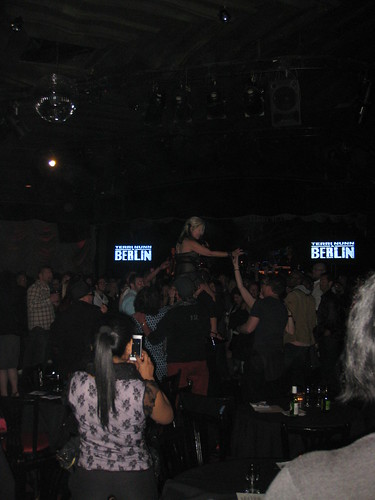 Ownership, a local San Francisco band opened up the show. This band consists of three members that play electronic music. I liked the songs that Cole Berggren played drums on, but didn’t care for the drum machine songs.