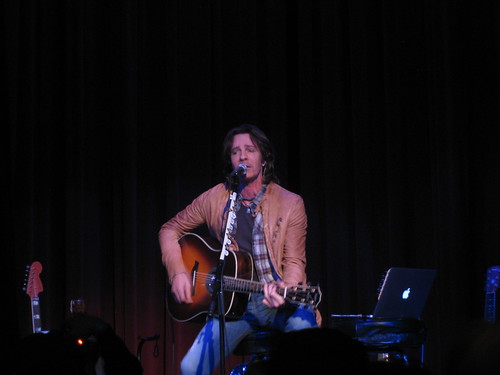 Rick Springfield did a stripped down tour without his band. It was Rick, his guitars and a ‘band in a box’ – a laptop with pre-recorded background vocals and instruments all done by Rick. He told various stories about his youth in Australia and how he started out in music.

Growing up a ‘military brat’, Rick ended up in Australia for the end of his high school career. He said he wished he would have known his last year of high school was going to be his last. He would have tried to enjoy it more. Instead he essentially flunked out of school. While in school there was a guy that had picked on him until he saw a picture of a musician the guy liked in Rick’s locker. The guy asked “You like him? I like him.” They immediately became friends after that. That was at an age when it was easy to make friends. Now that he’s older it’s harder to make friends because you get to a point when you feel like you don’t need any more friends.

When Rick was a teenager he and a friend would steal guitars from the guitar store by taking in empty guitar cases and placing the guitars they were playing inside them before leaving the store. They sold the guitars until they had enough money to buy a used car. Since they couldn’t tell their parents they had bought the car they would park it away from their homes. One day it was stolen. They were so upset and couldn’t believe someone would be so awful and steal their car. Never mind how they had gotten the money to buy it in the first place.

He talked about the bands he was in before he was in before he got his solo deal. I hadn’t known he was in a blues band early in his career. Before several of his songs he would tell a story about what they meant to him or what had inspired them. He even mentioned General Hospital briefly.

Setlist:
• I Get Excited
• Affair of the Heart
• Me & Johnny
• Oh Well (Fleetwood Mac cover)
• Love is Alright Tonite
• Rollin’ & Tumblin’
• Honeymoon in Beruit
• Don’t Talk to Strangers
• Baby Blue
• Painted Girl
• My Father’s Chair
• I’ve Done Everything for You
• If Wishes Were Fishes
• Love Somebody
• Written in Rock
• Jessie’s Girl

While I enjoyed the show I was not a fan of the ‘band in a box’. The songs done without it were so much better. Another nostalgia show checked off the list. What girl in the 80s didn’t love “Jessie’s Girl” and Dr. Noah Drake? 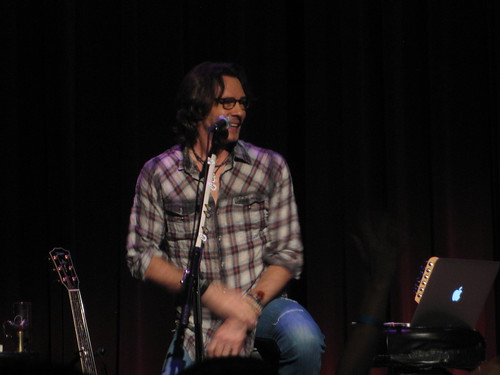 Brian Copeland is a comedian that opened up the show. He was pretty funny. Most memorable moment of his set was asking a woman in the audience how long she had been a Rick Springfield fan. She answered “Two days.” Obviously she was only there because a couple of her friends dragged her.