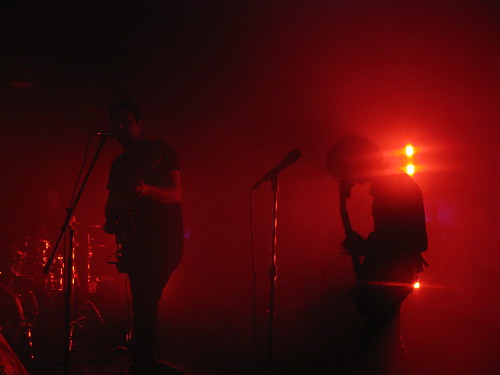 NBC Bay Area has partnered with Jack Daniels to put together free shows to feature local bands as part of The City: SF Sounds. This was the first one I attended. There was free pizza and one Jack Daniels drink coupon.

One of my favorite local bands, The Trims headlined the show. They played “Out of Control” which was featured on “MTV’s Real World Explosion”, my favorite song “We Are” and the song they recently completed a video for, “Around The Sun”. The Trims jammed for a bit with an instrumental song I don’t recall hearing before. They also debuted a new song “Vida” – their first Spanish language song. You can hear/buy it here. It was another great performance by The Trims.

Animal Super Species opened up the show. I liked their sound. It was garage band mixed with a bit of a surfer vibe. One of their songs reminded me a bit of The Smiths. They also covered The Cars’ “Just What I Needed”. You can check out their music here.

These The City: SF Sounds shows are a great opportunity to support local music. All you have to do is RSVP on Facebook for these events. You can’t go wrong with good tunes and good times.