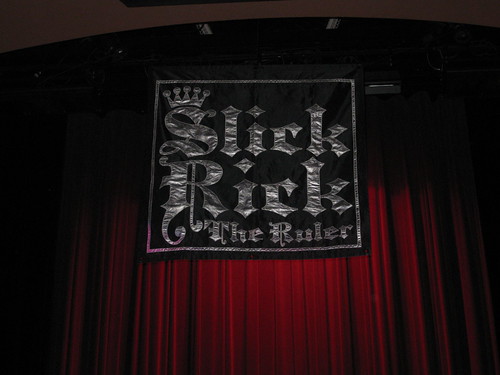 Slick Rick toured in celebration of the 25th anniversary of his album “The Great Adventures of Slick Rick”. He came out on stage sparkling with diamond or Swarovski encrusted chains, bracelets and microphone. Slick Rick never had a good voice when he tried to sing and his performance of “Mona Lisa” proved that he still doesn’t.

Some of the songs on his setlist included “ Teenage Love”, “Treat Her Like A Prostitute”, “Like The Balls” and “La-Di-Da-Di”. He closed the show with “Children’s Story”, probably his biggest hit in the US. It didn’t feel like he performed for very long. The show was fun because the crowd was into it and rapping along, but overall it was just ok. 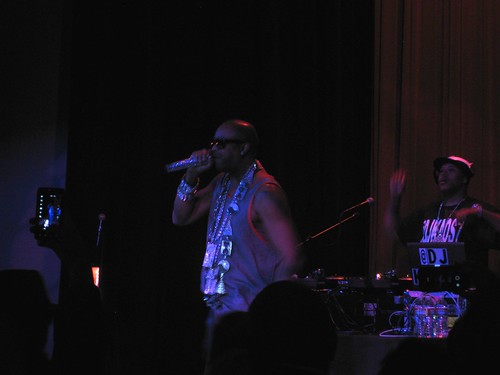 DJ Kaos warmed up the crowd. While he was playing some great stuff his constantly saying “you need to know the history of rap” and “Y’all know this?” was so annoying I was ready from him to finish up so we could get on with the show.