The Wanted at The Warfield 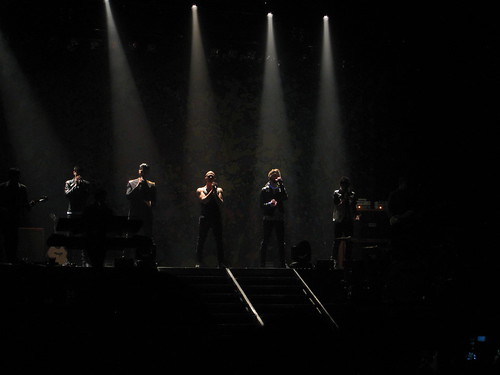 I view The Wanted as the 98° of the current boy bands. They aren’t as popular as One Direction and while they are all around the same age, The Wanted members seem a bit more mature. 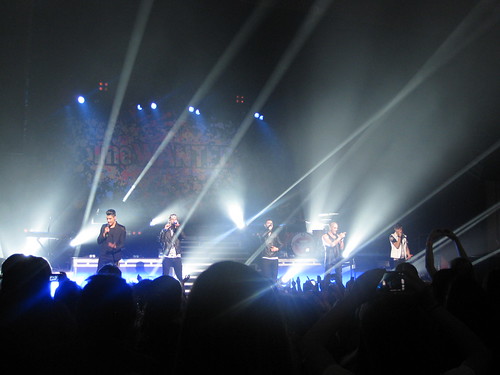 The Wanted are no New Kids on the Block or New Edition, but I enjoyed this show. I liked that they didn’t appear to take themselves too seriously. They goofed around on stage and looked like they were just having a good time. 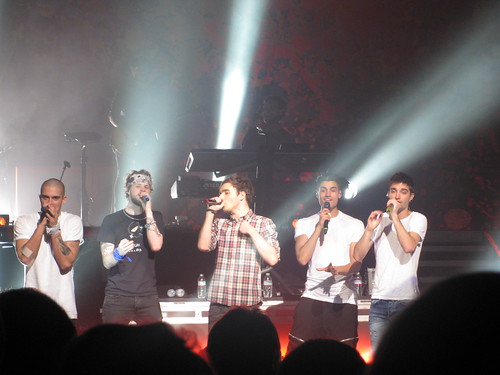 They interacted with the crowd, pointing to screaming girls on the floor and in the balcony. Each of them covered the entire stage throughout the show so that each girl could be that much closer to their favorite. 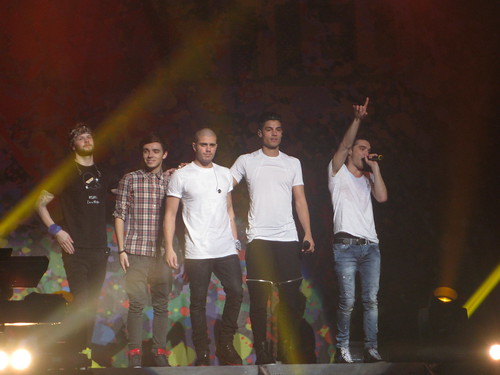 During “Heart Vacancy” one girl per guy was brought up for the guys to sing to. One girl went absolutely crazy while the others were a bit shy. She sang every word and was jumping up and down during the chorus. Seeing her excitement was infectious. All in all an enjoyable show.

Setlist:
•Gold Fever
•Glow In The Dark
•In The Middle
•Lightning
•Running Out of Reasons
•Demons
•Could This Be Love
•Warzone
•Behind Bars / Say It On The Radio / Replace Your Heart / Lose My Mind
•Everybody Knows
•Heartbreak Story
•Show Me Love (America)
•Heart Vacancy
•Walks Like Rihanna
•Chasing the Sun
•I Found You
•We Own the Night
•All Time Low
•Glad You Came 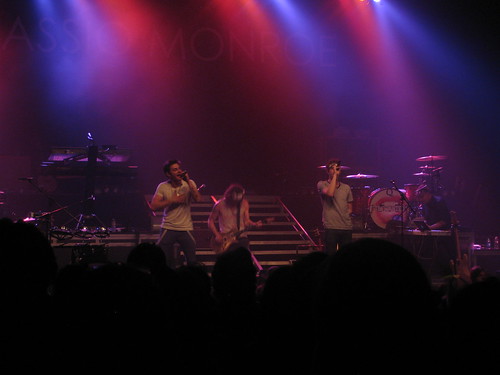 The second opener of the night was Tripp Weir and Jeff Garrison who make up the duo Cassio Monroe. They looked very excited and happy to be performing. Their music was fun and poppy with a bit of rap. “Dump Me” was an amusing song about trying to get a girl to dump you. 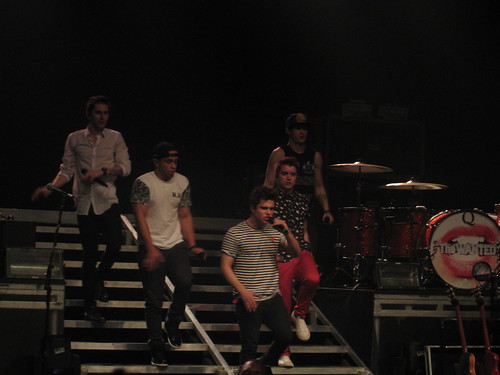 Midnight Red opened up the show. The group consists of five guys – Eric Secharia, Anthony Ladao, Thomas Augusto, Joey Diggs Jr. and Colton Rudloff. They are your traditional boy band with every move choreographed to a t. There were moments when voices didn’t sound on key, but that just means that they were not lip-syncing while doing all those dance moves. Even though they are all in their early to mid 20s, it was a bit uncomfortable watching them grab their crotch and flirty with the young girls in the crowd. It just felt so inappropriate to me.