When I saw the lineup for this show I could not resist buying a ticket. I knew I would be taken back to junior and senior high school dances. Sadly the show was disappointing. The sound was absolutely horrendous. Every artist but Joe used a backtrack. You could hardly hear their voices. When you could hear the artists singing you could tell they still had good voices, but the reverb and backtracks were a mess. I had seen Keith Sweat at Paramount Theater last year and the sound was just fine. I do not know if the issues were due to the venue or the bands’ sound crews. 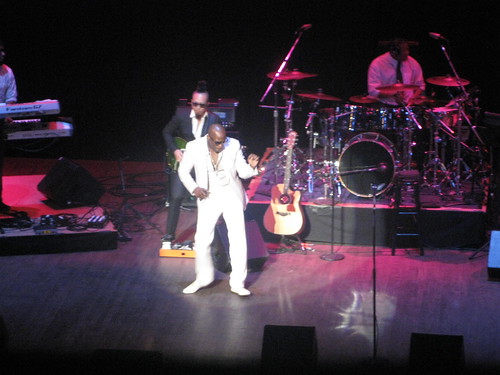 Joe was the only performer with a live band. He too had sound problems. There was a lot of reverb, humming and mic screeching. The only difference was that he talked to the sound crew trying to get them to fix the situation. Joe had wanted to play an acoustic guitar for one song, but the reverb was too intense for him to be able to use it and the sound crew could not fix it. He apologized for the sound issues and said he wanted us to experience the best show possible. Unfortunately that is not what we got. 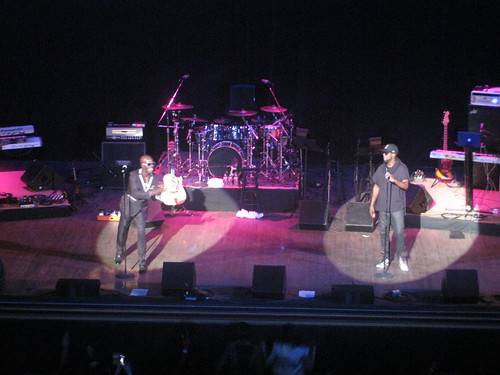 I remember dancing to Guy songs at high school dances. Their songs were R&B with a New Jack Swing sound. They always got you on the dance floor. For this show it was the brothers Hall (Aaron and Damion) performing with a backtrack. Their performance included “Groove Me”, “I Like”, “Wanna Get with You”, “Do Me Right”, and “Let’s Chill”.

Aaron Hall came out into the audience and stood on a chair in the first few rows of the theater. Several women in that section were taking pictures, but were surprisingly reserved and did not grope or grab him. He touched fans’ hands and posed for pictures. 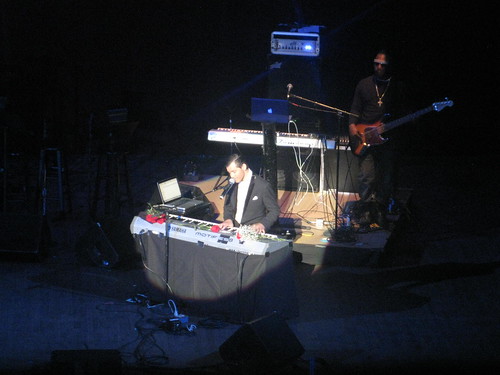 I loved DeBarge in the 80s. The family was incredibly talented until drugs destroyed the group. El DeBarge had several solo hits, but has also had his own struggles with drugs. His back up was a bass player, two percussionists and a Mac laptop. When his voice was audible you could tell he was still able to hit those high notes he is famous for. He got up and danced across the stage a few times. He did several DeBarge songs including “Stay With Me”, “All This Love”, and “Time Will Reveal”. He had some issues with the laptop and had to call out for someone to fix it before he could end his set with “Rhythm of the Night”. 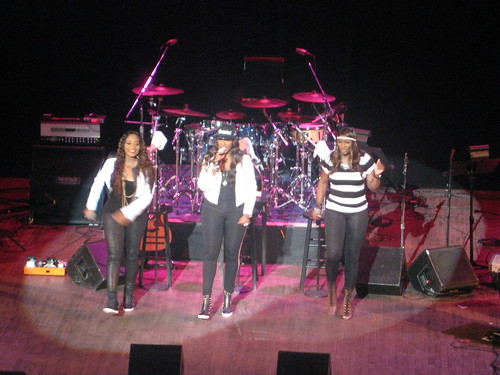 The ladies of SWV, Sisters with Voices, can still sing! As with everyone else, the sound and backtrack were terrible. Those few moments when you could hear their voices you were blown away by their power. They played all their hits “Right Here”, “I’m So Into You”, “You’re the One”, and “Weak”. Despite the sound problems these ladies looked like they were having a lot of fun performing.

I felt bad for each of the groups that performed. Not only was the sound terrible, the entire show seemed extremely disorganized. The artists weren’t introduced, when they were done they just walked off the stage but the house lights were not turned on. You didn’t know that they were not coming back until the crew came on to set up the stage for the next act.