The line to get in was massive. I’ve never seen a line like this at Shoreline. It wrapped all the way through the parking lot. I had no issues getting in last year when I arrived around the same time. I guess other people were not as disappointed in the lineup.

I spent most of my time on the grass by the Soundcheck Local Band Stage. It was such a nice day to sit and listen to music. It reminded me of Lollapalooza. For the first time I completely skipped the Bud Light Stage which is located in the parking lot of Shoreline. 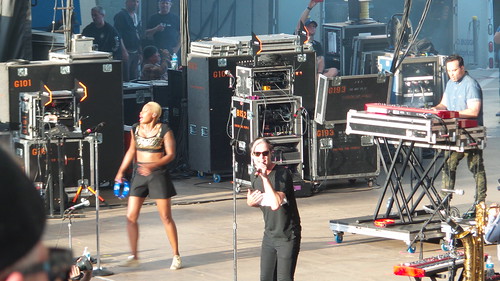 I love Fitz & The Tantrums! I have seen them several times they hooked me in 2011. They put on an incredible show. This show was no different. The energy level that they perform at is incredible. Noelle Scaggs never stops moving. The chemistry between Fitz and Noelle is spectacular. They feed off of each other’s energy. You can’t help but dance, clap, march, and jump during their set.

They perform all of the big hits including “MoneyGrabber”, “Don’t Gotta Work It Out”, “Out of My League” and close out with “The Walker”. Fitz & The Tantrums are a must see.

Interesting fact, all of the other members of the Tantrums have first names that start with the letter J – Joe Karnes, James King, Jeremy Ruzumna and John Wicks. 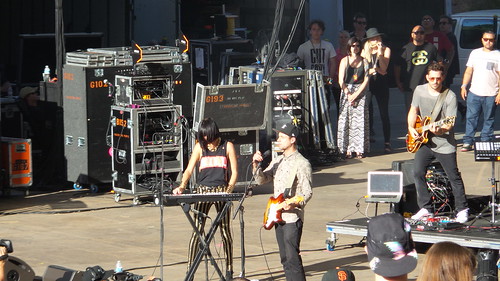 I’ve heard Phantogram’s song “Fall In Love” on Live 105. It is a bit catchy but it is not my usual choice of music because it sounds overproduced. The live performance was ok, but nothing really made me want to start listening to their music. I just wanted to see Fitz. 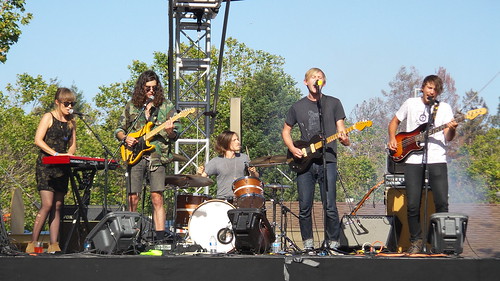 San Francisco based band Waters started following me on Twitter a while ago. I had no idea who they were at the time, but knew I had to see them perform at BFD. I’m glad I did. I liked their set and will definitely see them again. You can hear their single “Got To My Head” here. 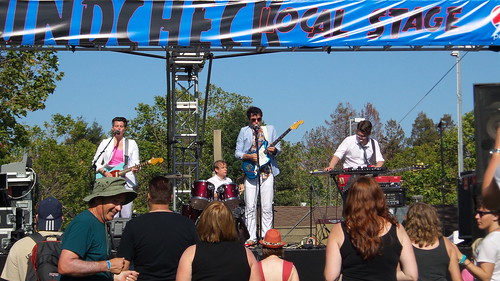 I liked this San Francisco based foursome. Their look was very Miami Vice with white pants and jackets and bright color shirts underneath. The Hundred Days took me back to the fun music of the 80s. They had a good crowd of people dancing during their set. You can hear their music here. 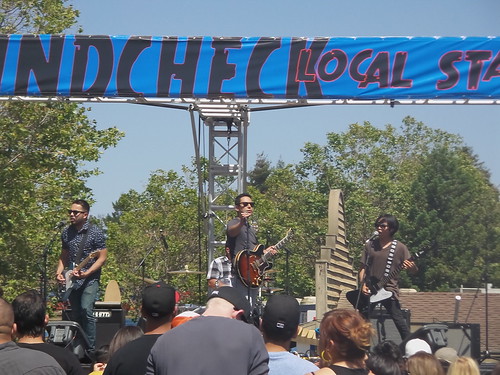 Last year’s BFD introduced me to San Jose based The Trims. I liked them instantly and have seen them several times since then. I was disappointed that their set wasn’t longer. There was some difficulty with the sound during their first song, but everything sounded great after that. They had a large group of people dancing during their set. It’s only a matter of time before these guys get a record deal. 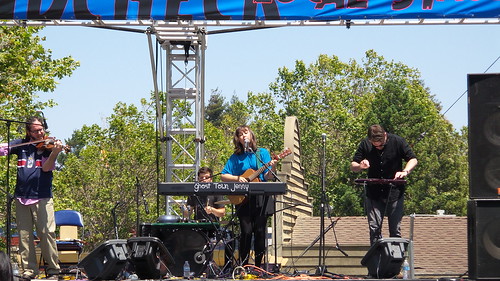 Ghost Town Jenny is a foursome from Oakland. They were too mellow for my taste. Lead singer Kim Kylland’s voice was too soft and didn’t draw me in. I only stayed through the entire set because I wanted to see The Trims who were on immediately after. 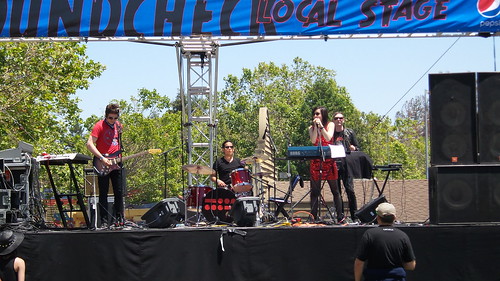 I left after Fitz & The Tantrums. I’m not a big enough fan of Foster The People to sit through M.I.A.’s performance. Not the best BFD I’ve attended, but it’s always fun to spend the day enjoying live music.