Kelis Sassy and Soulful at The Fillmore 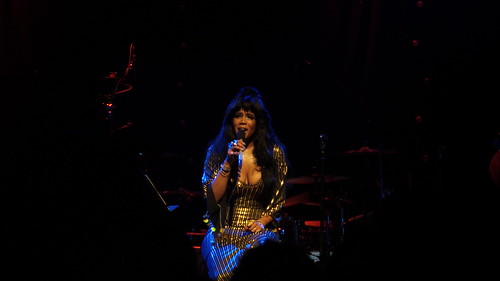 I remember “Milkshake” being a big hit in the early 2000s with lots of video play on MTV. More recently I had downloaded “Jerk Ribs” for free thanks to my Starbucks app. I didn’t know what to expect from this show, since those were literally the only two Kelis songs I was aware of.

Kelis was sassy and soulful. Her voice a bit raspy and you couldn’t always hear the words she was singing. I’m not sure if that was the sound or her voice not being strong without production assistance.

She appeared to be having a great time on stage. Her crowd interaction was fun to watch. She sat down at the end of the stage and took a photo with a birthday boy. Then sassed him a bit for trying to get too touchy.

She performed a more soulful, slower version of “Milkshake” which fit well into the rest of her set. She ended the show with “Bless the Telephone”, a newish song that required her to hold the lyrics in her hand. Overall I enjoyed the show. 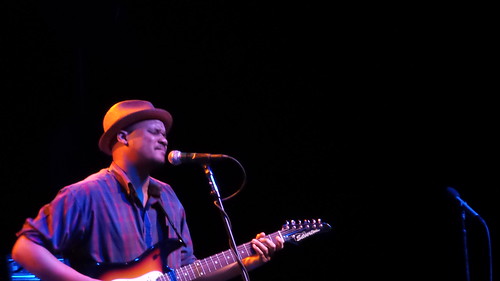 Son Little describes himself as “Future Soul” on his Facebook page. While I could see his talent throughout his performance, I was disappointed by the use of a Mac for background tracks. This “band in a box”, as Rick Springfield had called it, required some set up time before each song which resulted in a lost of momentum. His performance would have been more enjoyable had it just been him and his guitar.