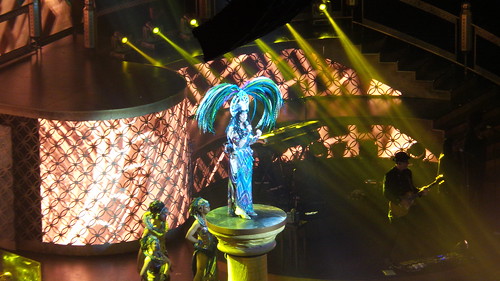 Cher started the show with “Woman’s World” while on a pillar at least 20 feet in the air. Once she came to down to the stage floor, she talked to the audience about how this was really going to be her last farewell tour. “Wink, wink.” 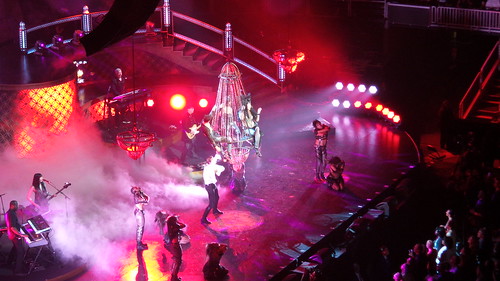 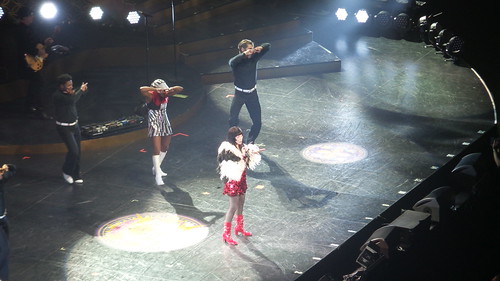 We were taken back to the Sonny and Cher days with “The Beat Goes On” and several of Cher’s individual songs from that time. 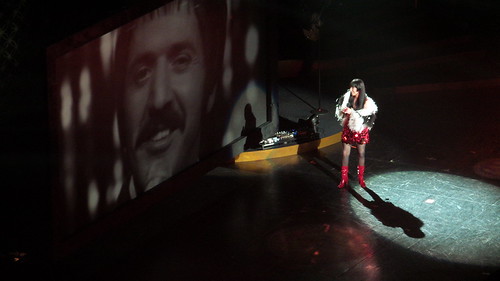 Cher performed “I’ve Got You Babe” accompanied by old video of Sonny Bono. She introduced this song by saying that she never does it because it’s too emotional for her, but since this is her last farewell tour she added it to her set. 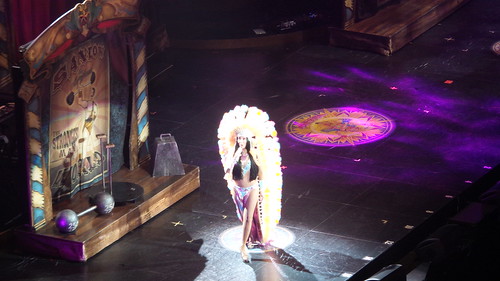 For “Half-Breed” Cher wore a very similar outfit to the one she wore on the “Sonny & Cher Comedy Hour”. 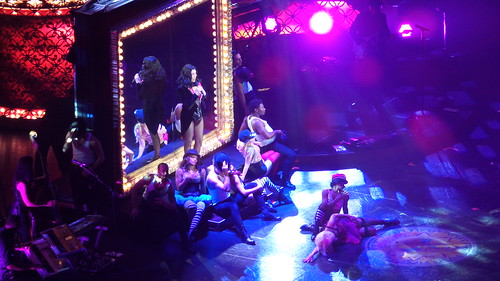 Cher performed the two songs she sang in the movie “Burlesque”. The first being “Welcome to Burlesque”, which had her dancers doing the exact same choreography as the movie. 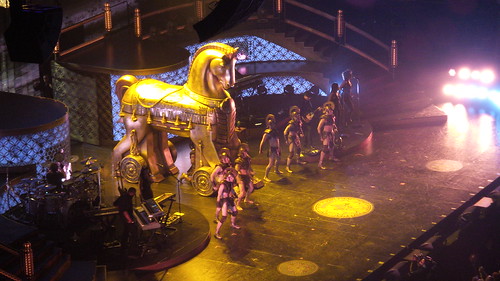 My favorite song on her new album, “Closer To The Truth” is “Take It Like A Man”. For this song Cher came out in a Trojan horse. 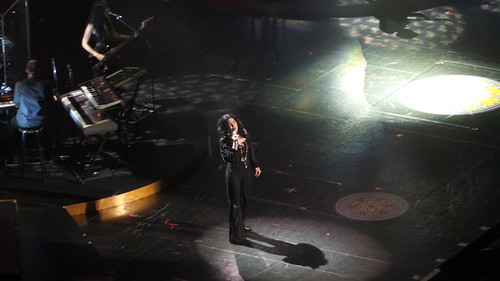 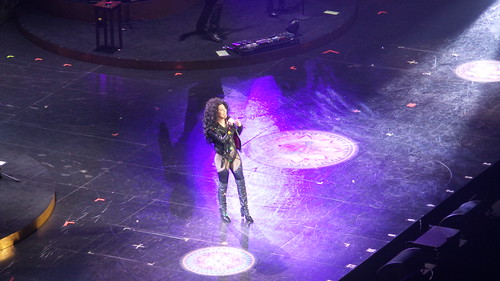 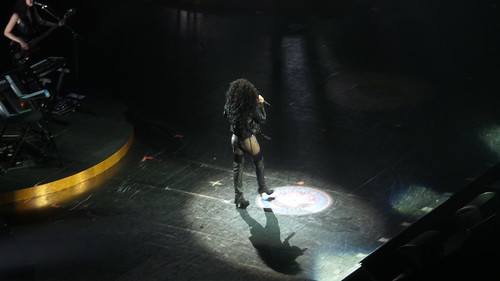 “If I Could Turn Back Time” and the outfit everyone wanted to see. 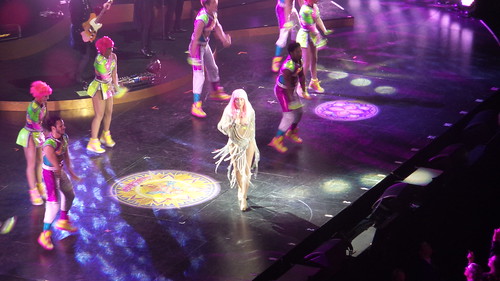 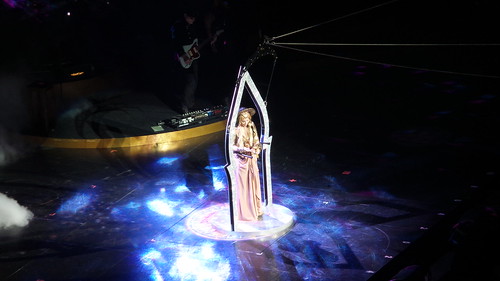 Cher ended the show by floating above the crowd looking like a saint as she sang “I Hope You Find It” from her latest album.

I have wanted to see Cher since I missed her first farewell tour and later took up residency in Las Vegas. I was beyond thrilled to hear she coming to the Bay Area. Cher sounded fantastic, told a few stories, had several costume changes and entertained us all. 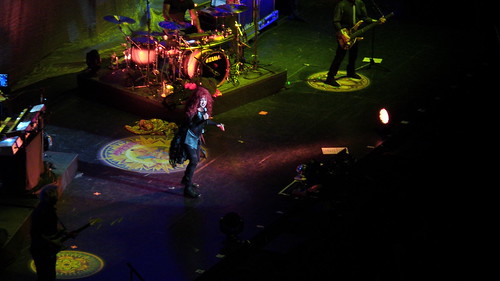 Cyndi Lauper had come through the Bay Area last year for the 30th anniversary of “She’s So Unusual”. I loved this album when it came out and remember all the videos on MTV. Unfortunately I couldn’t make it to Mountain Winery on a weeknight from San Francisco in time to catch the show. It’s a great venue, but a nightmare to get in and out.

I was hoping that Cyndi would have come back through San Francisco and performed at a small venue like The Fillmore as several other acts have done for album anniversaries. I had no idea she was going to open up for Cher when I bought the tickets all the way back in October, but was thrilled when I found out about a month before the show.

Cyndi Lauper performed just about every song from “She’s So Unusual” as well as a couple of other songs including “True Colors”. She treated us to a story about how she first met Cher at an awards show and was so excited to see her purple hair and thought “Color!”

I loved the fact that Cyndi told someone in the audience “I know you’re not filming me with that light shining off you phone.” She then took his cell phone and turned it off telling him that he needed to live in the moment. “You’re going to look at this tomorrow and ask yourself, ‘Was I really there?’”

Now I realize that I have several photos of Cher in this blog, but I do my best to be respectful of the people behind me when taking pictures. I try to hold my camera in front of me rather than over my head and get my shot so I can put my camera away to experience the show. But this was Cher. You can’t write a blog post without her costume changes.