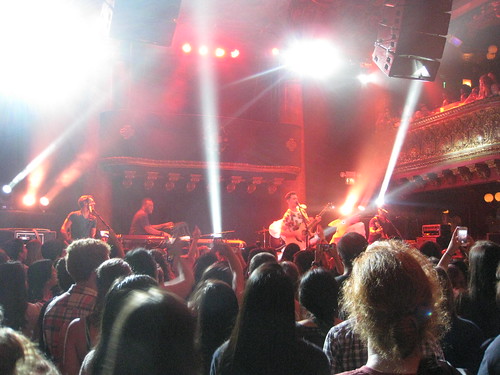 I saw Andy Grammer for the first time when he opened up for Train in 2012. I loved his set and couldn’t resist seeing how he was as a headliner. This was the last night of the “Back Home” tour. Andy talked about how when you eat cheese and crackers you try to use the cheese more sparingly to make it last. Then once you get to your last cracker you use up all the cheese. Since this was the last night of the tour they were going to give us all the cheese. Put it all out there for us.

Andy started the show with his hit “Fine By Me”. This immediately got the crowd into the show. They stuck with him for the rest of his set as he sang hits from his self-titled album including “Miss Me” and “Keep Your Head Up”. After singing “Biggest Man in Los Angeles” he ran the song into a cover of Aloe Black’s “The Man”.

This tour is named after Andy’s latest single from his forthcoming album, “Magazines or Novels”. Her performed several new songs.
• “Honey I’m Good” has a country feel to it and started with Andy and two of his band mates getting the crowd to clap along.
• “Pushing” was one of his harder sounding songs. He taught the crowd the chorus so we could sing along.
• “Forever” is a song about how long it takes women to get ready to go out. I loved that his band had danced and acted like they were waiting for a woman to get ready during this song.
• “Holding Out” is a song about waiting to have sex with the right person.
• Andy asked the crowd to two-step before he sang “Blame It On The Stars”. The entire crowd was moving side to side. He ran this song into a cover of One Republic’s “Counting Stars”.

He covered Drake’s “Hold On, We’re Going Home” just before he sang his latest single “Back Home”. I would have thought this or “Keep Your Head Up” would have been his encore. Instead he ended the show with “The Pocket”. During this last song both Brendan James and Andrew Ripp came on stage in the green chicken and bunny suits that Andy had made them wear during their sets. They made drinks on stage and handed them out to the band. You can see video of this from another attendee here.

This was a great show. Andy Grammer is definitely headliner material. 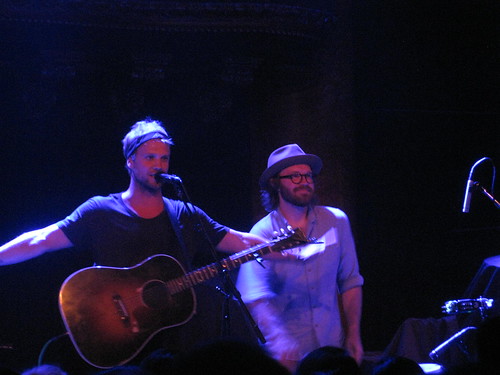 Andrew Ripp was the second opener. This singer-songwriter from Nashville was charismatic and a good singer. Andrew mixed some of his songs with parts of Queen’s “We Will Rock You” and Eminem’s “Lose Yourself”. Andy Grammer made him wear a bunny suit for the last two songs as his last day of the tour prank. The last song, I’m not sure of the name, was sung a cappella without a mic. Andrew was able to get the crowd to be quiet enough to allow his voice to carry throughout the venue. Pretty amazing. 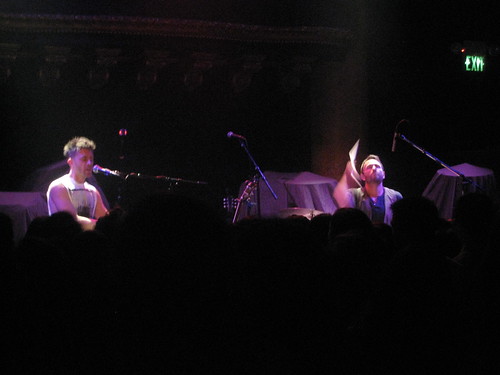 Brendan James, singer-songwriter originally from New Hampshire, opened up the show. He has a good voice. I liked his peppier songs. When he introduced the song “Green”, Andy Grammer came out with a green chicken suit for Brendan to wear as he performed the song. It was Andy’s way of pranking Brendan since it was the last night of the tour. Overall Brendan’s music was a bit too mellow for me to see live. If I was more familiar with his music I may have felt differently.