Posted on August 8, 2014 by addicted2concerts 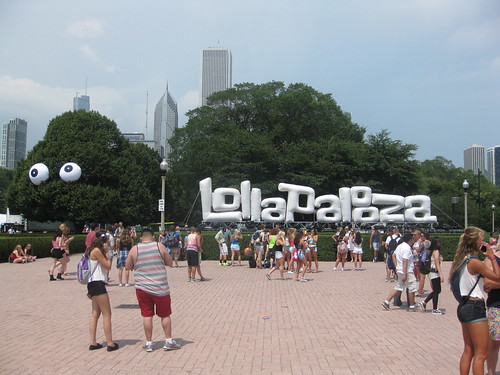 I saw fewer bands than I would have liked on day 2. Breakfast took much longer than I had anticipated so I didn’t make it to Grant Park until approximately 1:30p. I also wanted to make sure I was able to get a pretty decent spot for Outkast so I got my spot at the Samsung Galaxy stage and stayed there.

PARQUET COURTS – I liked this rock band from Brooklyn, NY 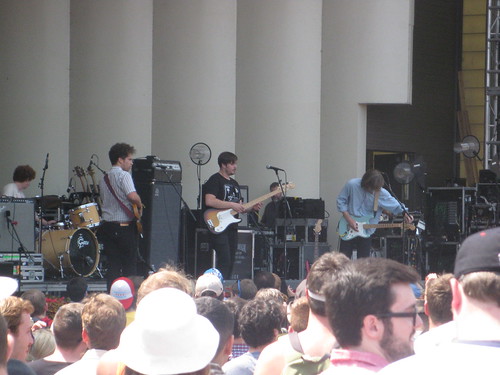 FITZ & THE TANTRUMS – I adore this band! They have such great energy on stage. I talked to a guy next to me afterwards that had never heard of them before but loved them after their performance. 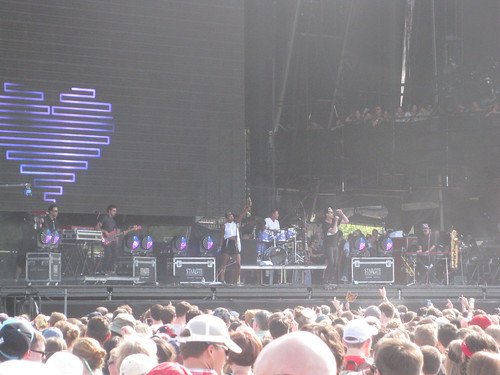 MANCHESTER ORCHESTRA – I only heard this indie rock band from Atlanta, GA because they were on the opposite stage from where Outkast was going to be performing. I will be checking to see if they will be performing in San Francisco.

FOSTER THE PEOPLE – I had skipped out on seeing Foster The People when they headlined Live 105s BFD in June. While I like their music just fine I am not a big fan. They were good and their fans were definitely into their show. I think I would have liked it more if I was more interested in their music. 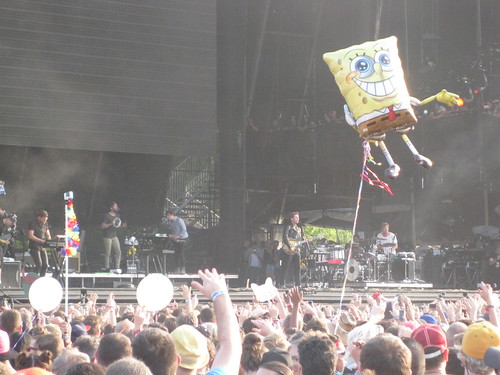 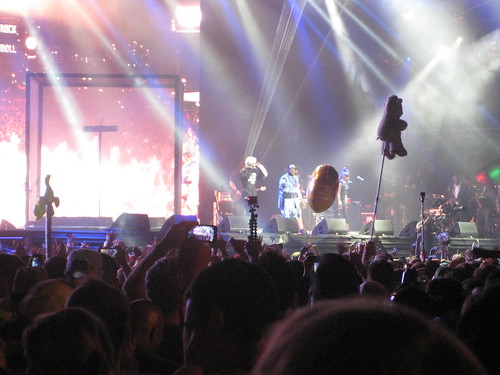 Outkast was the Lollapalooza act I wanted to see the most. I have been avoiding all reviews and videos of their festival performances because I didn’t want to know what was going to happen during their set. They were EVERYTHING!

This hip-hop duo knows how to get a audience pumped up. The crowd was dancing the entire night. You can’t help but ‘bounce’ to their music. They performed the well-known songs everyone would have wanted to hear including “B.O.B.”, “Ms. Jackson”, “Roses” and “So Fresh, So Clean”.

They also performed a few songs from their joint ‘solo’ album “Speakerboxxx/The Love Below” including “The Way You Move” and “Hey Ya!”. During “Hey Ya!” André 3000 brought up several women on stage to dance during the song. He then proceeded to give each one of them a hug before they left the stage. They closed out their set with “The Whole World”. Even though Outkast played the entire time allocated to them, it felt that the show ended much too quickly. The crowd definitely would have stuck around for more.