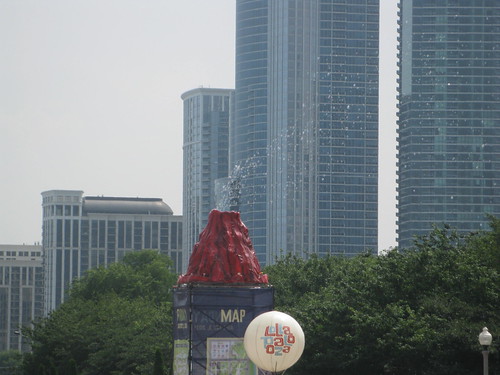 The final day of Lollapalooza 2014 brought several rainstorms throughout the day. Some storms were worse than others, but no evacuation.

KONGOS – Four brothers from South Africa. I had only been aware of “Come with Me Now”, but apparently Chicago was one of the first cities in the US to play their first single “I’m Only Joking”. The crowd appeared very familiar with this and all of their other songs. I enjoyed their set. 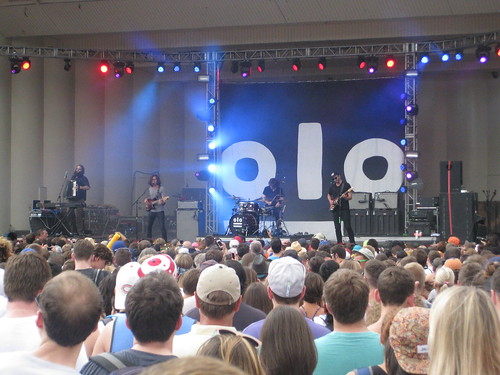 GEMINI CLUB – This Chicago based band put on a good show. They had a good crowd despite the rain. The lead singer, Tom Gavin, laid on the crowd for a portion of one song and said, “You get wet, I get wet.” I loved their set and definitely want to see them again. I’ll be looking for them to schedule some dates in San Francisco. 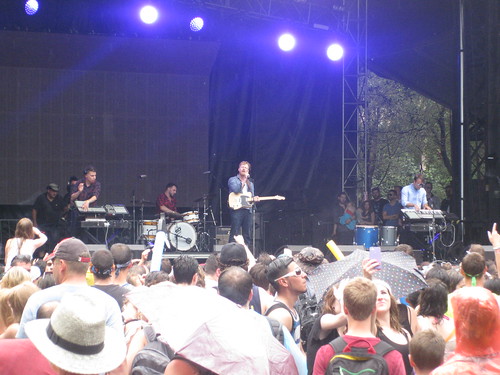 NONONO – I enjoyed the set of this Swedish trio. Their US single “Pumpin Blood” has gotten a fair amount of radio play.

RAC – I liked their sound, but was disappointed that the songs weren’t sung by anyone live. The vocals were sampled. I did appreciate that they played their own instruments and were more than DJs. Maybe they do sing some of their songs, but I left after the first two or three songs. 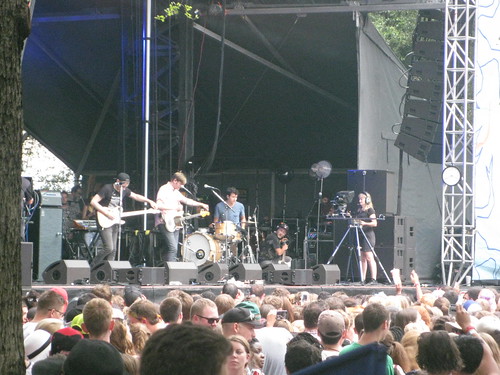 THE 1975 – This English rock band drew in a large crowd, but I got bored after two songs so went to grab a beer. 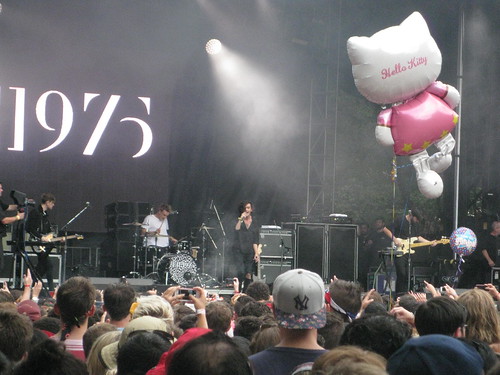 CHROMEO – I hadn’t planned on watching this Canadian electro-funk duo at Lollapalooza. I was saving that for Outside Lands. But since it started to rain, I found some shelter under an umbrella near the video screen and speakers showcasing the Bud Light Stage. I loved that even though a good portion of their music is electronic, they play their own instruments and sing. I also think Dave 1 looks like a young Patrick Dempsey circa “Cant Buy Me Love”. Anyone else? 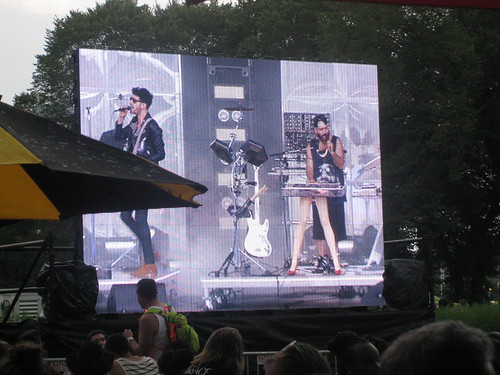 BETTY WHO – I loved this Australian singer-songwriter. Her music is fun and poppy. After her first song she said something about how she couldn’t believe how many people were there to see her set. She and her band did a few dance breaks. She would say things like “I want you to dance with me, grind with me”, etc. before her songs. She covered “Say My Name” by Destiny’s Child and got the crowd to sing along. She ended her set with her big hit “Somebody Loves You”. I am bummed I didn’t she her when she performed at The Independent, but I will definitely be looking for her to return to San Francisco. 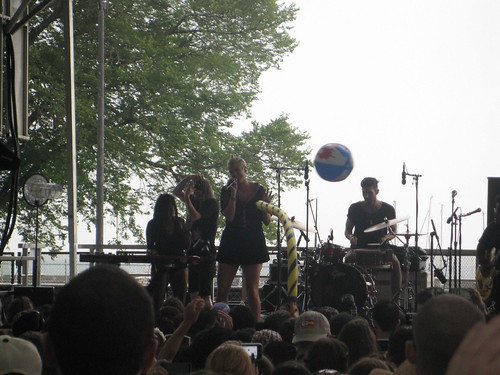 BRONZE RADIO RETURN – Just before this Indie-Americana band from Connecticut hit the stage it poured sheets of rain. It was like standing in the shower with your clothes on. Everyone was drenched, but stuck it out to see their set. There was a rainbow behind the stage just as they started. I loved their sound – guitar jamming, harmonica playing Americana. 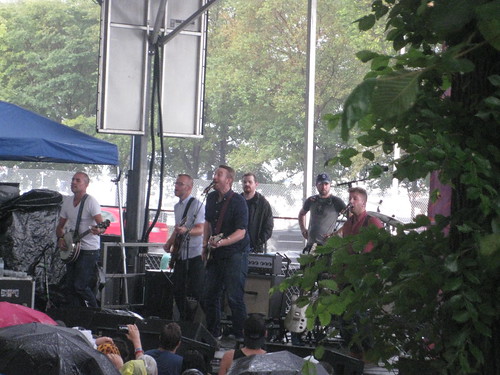 Since I was uncomfortable in my soaking wet clothes, I decided to end my Lollapalooza after Bronze Radio Return. I had wanted to check out Darkside, but couldn’t stand being in my wet clothes any longer. It was a great weekend. I’m glad I was able to get tickets and hope I am one of the lucky ones again next year.