My First Outside Lands Day 2 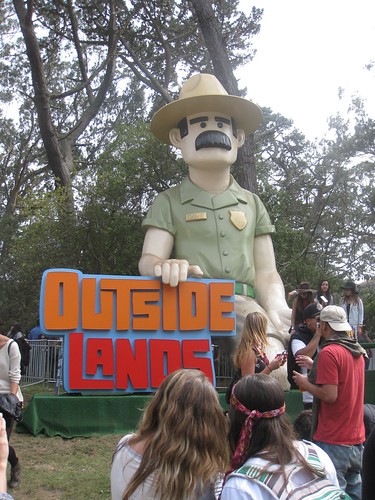 For me day 2 was all about getting to see Tom Petty & The Heartbreakers for the first time.

DUM DUM GIRLS – I first saw Dum Dum Girls at Lollapalooza in 2012. I had enjoyed their set but then hadn’t heard anything about them until this year. I caught their set at Outside Lands and immediately noticed that the blonde hair from 2012 is now brunette. All of the girls were dressed in black with red lipstick and serious looks on their face. It was very reminiscent of the Robert Palmer “Addicted To Love” video. 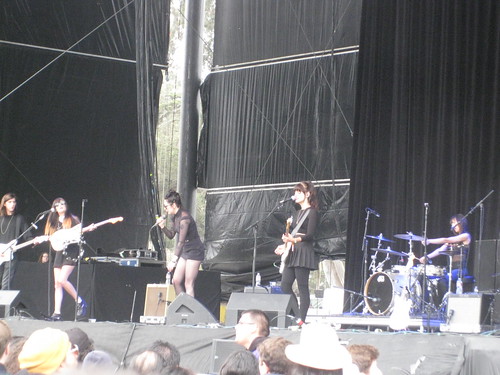 THE DISTRICTS – I liked this band from the Philly area. 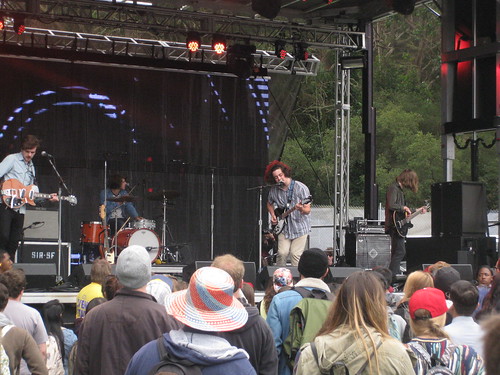 CHRISTOPHER OWENS – This singer-songwriter has a soulful sound. Christopher commented that he had walked to the park from his apartment to attend Outside Lands in previous years and that it was great to be playing for the first time. There were some technical difficulties. As the sound crew was trying to fix the issue Christopher said “Something’s going wrong, but that’s ok. So many things are going right.” His backup singers were also fun to watch. 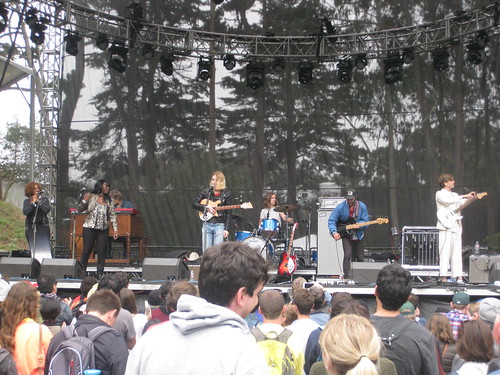 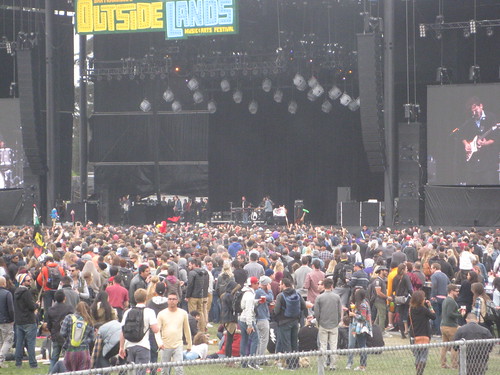 DEER TICK – Alternative rock band from Rhode Island drew a good crowd. Memorable song for me was “Let’s All Go To The Bar”. 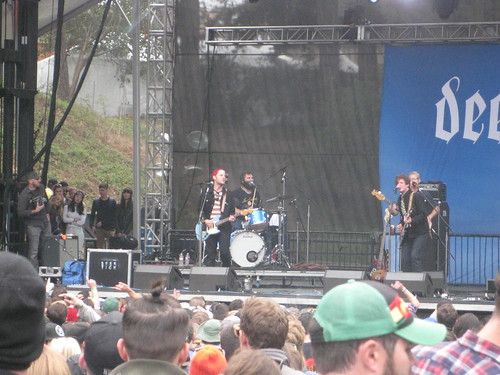 VANCE JOY – I attempted to see this Australian singer-songwriter on the Panhandle Stage. The organizers underestimated how many people would want to see this set. 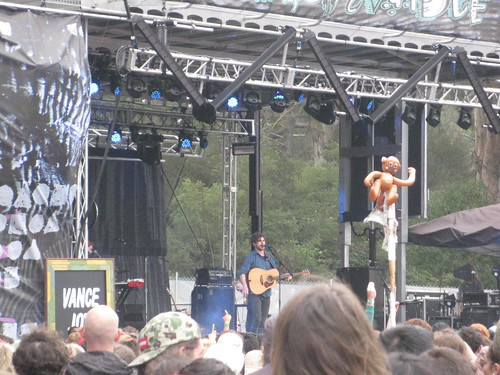 HAIM – Three sisters from Southern California make up this band. I saw them last year at Life is Beautiful. They got the crowd to shout “Right!” during “The Wire”. Their music is very catchy and they are entertaining performers. 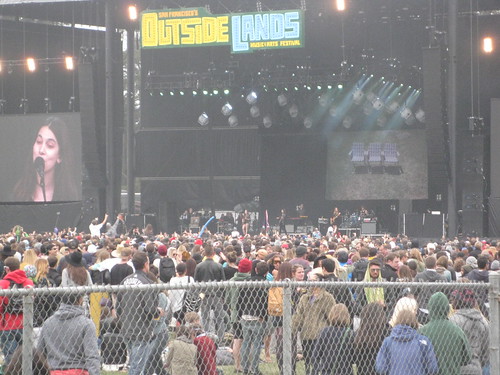 DEATH CAB FOR CUTIE – This alternative rock band from Washington performed their big radio hits including “I Will Possess Your Heart”, “Crooked Teeth”, “The New Year”, and “Soul Meets Body”. 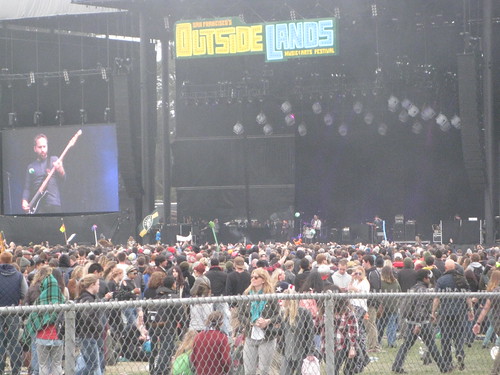 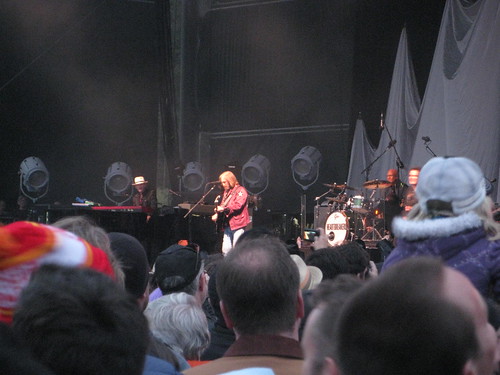 Out of the entire Outside Lands lineup, Tom Petty & The Heartbreakers was the band I wanted to see the most. This was the first stop of a new tour for the band. They performed a few new songs from their recent album “Hypnotic Eye” and several classics including “Mary Jane’s Last Dance”, “I Won’t Back Down”, “Free Fallin’”, “Learning to Fly”, “Refugee”, “Runnin’ Down A Dream” and “American Girl”.

Tom Petty didn’t talk too much, but when he did he was very amusing. Before introducing one song (I believe this song was “Into the Great Wide Open”), he said he wrote it in 1991 and that that was the only thing he remembered from 1991. He also talked about the ‘cosmic mojo’ he was feeling from the audience.

To pay homage to San Francisco’s own Jerry Garcia on the anniversary of his death, they covered the Grateful Dead’s “Friend of the Devil”. They also did a Traveling Wilburys’ song, “Tweeter and the Monkey Man”. Tom Petty was one-fifth of this super group in the late 80s.

This was my first time seeing Tom Petty & The Heartbreakers. I loved it. Their songs are timeless.