Paul McCartney Closes Out The Stick 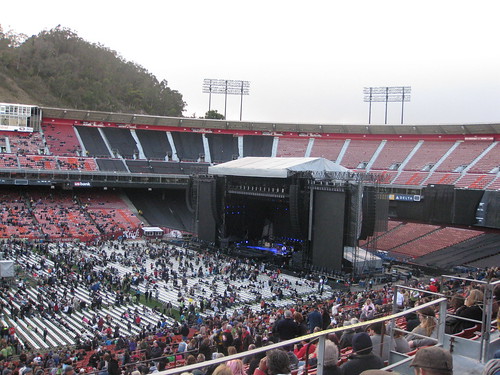 Paul McCartney brought his Out There tour to Candlestick Park to help us “Tell It Goodbye” again. It was a historical night as Paul performed the last ever public event at Candlestick at the very spot where The Beatles held their last official concert.

It was weird to be back at Candlestick Park. Everything was red as we approached the park on MUNI. While the Niners closed out the park last season, I had not been to The Stick since the San Francisco Giants’ last home game in 1999. 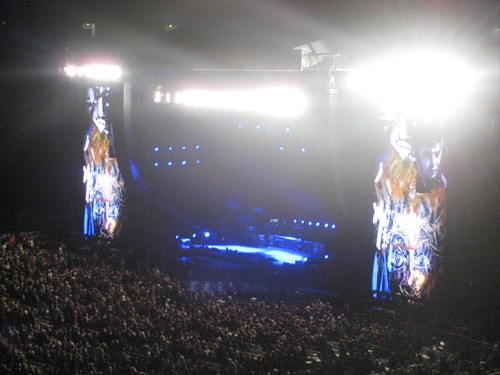 The show ‘started’ a few minutes after 8pm with almost an hour of images and video scrolling on the side screens to Paul McCartney’s music catalog. That was a bit anticlimactic. The audience went crazy when it first started but then after about 15 minutes everyone started wondering when Paul was going to walk on stage. 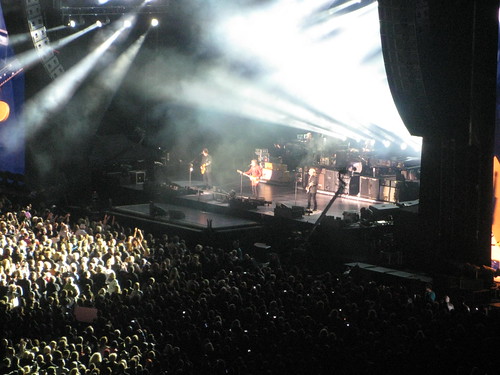 At about 9pm Paul McCartney finally came on stage and started the show with “Eight Days a Week”. The next 90+ minutes were filled with a mixture of The Beatles, Wings and solo songs. McCartney was an adorable goofball as he made faces, talked to the crowd and shook his bum as the camera zoomed it on it.

Paul talked about how Candlestick was a special place for him because it was the place where The Beatles held their last concert. He joked that they had hated it so much that they had decided to stop performing.

Before playing a snippet of Jimi Hendrix’s “Foxy Lady”, Paul told a story about how he had gone to see Jimi Hendrix perform and that Jimi had searched the audience from Eric Clapton and asked him to come on stage to tune his guitar.

McCartney gave shout outs to both John Lennon and George Harrison. I admit I was hoping that Ringo Starr would show up as a special guest for at least one song, but sadly that did not happen. Paul told a story about how when The Beatles performed in Russia the head of defense had said that the first record he had ever bought was “Love Me Do” and that he had learned to speak English by listening to The Beatles’ music. 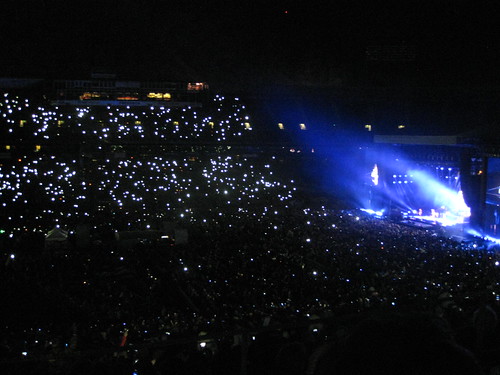 Fireworks shot off behind the stage during “Live and Let Die”. The audience turned on their cell phone flashlights for “Hey Jude”. The entire band gathered together to take a bow as if that was their last song. 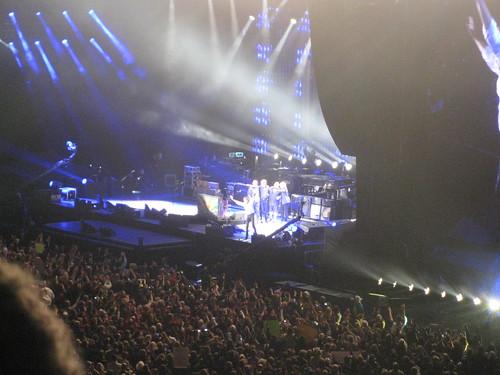 The band came back out to perform three more songs, the last being “I Saw Her Standing There”. Again, the band gathered together to take a bow. Any avid concertgoer knows you never leave a show until the house lights are turned on. The show was not over.

Paul came out to perform “Yesterday” acoustically. As he walked over to the side of the stage a crewmember ‘talked’ Paul into doing one more song. Paul came back to center stage and said they would perform the very last song The Beatles had played at Candlestick back in 1966 – Little Richard’s “Long Tall Sally”. Three additional songs followed this up before the band gathered together once again to take their final bow as confetti shot into the air. 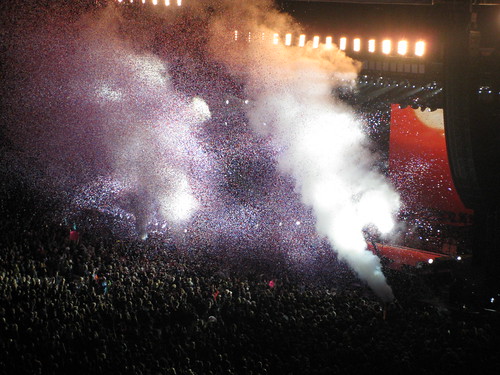 While I had decided to attend primarily to be able to say I was at the last event held at Candlestick Park, I can also say I have seen a Beatle. It was a good show and the best way to say goodbye to Candlestick Park.

Set List:
• Eight Days a Week
• Save Us
• All My Loving
• Listen to What the Man Said
• Let Me Roll It
• Paperback Writer
• Nineteen Hundred and Eighty-Five
• My Valentine
• The Long and Winding Road
• Maybe I’m Amazed
• I’ve Just Seen a Face
• San Francisco Bay Blues
• We Can Work It Out
• Another Day
• And I Love Her
• Blackbird
• Here Today
• New
• Queenie Eye
• Lady Madonna
• All Together Now
• Lovely Rita
• Everybody Out There
• Eleanor Rigby
• Being for the Benefit of Mr. Kite!
• Something
• Ob-La-Di, Ob-La-Da
• Band on the Run
• Back in the U.S.S.R.
• Let It Be
• Live and Let Die
• Hey Jude

2 Responses to Paul McCartney Closes Out The Stick