Posted on September 17, 2014 by addicted2concerts 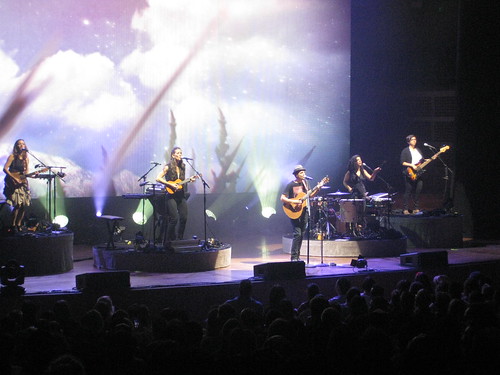 Jason Mraz came out wearing a cape to talk to the audience prior to the show. He explained that this was show number 5 and that they hadn’t done the entire show correctly yet. I think seeing a show early on in the tour is a good thing. It means it hasn’t become routine and formulaic.

Raining Jane opened up the show. Jason Mraz and the ladies of Raining Jane have worked together writing songs for several years. Drummer and percussionist Mona Tavakoli toured with Jason Mraz last year. Raining Jane performed a handful of songs including a slowed down cover of Pat Benatar’s “Love Is a Battlefield” that was on “The Other Woman” soundtrack.

After Raining Jane’s set was over, the black curtain went up and Jason Mraz walked on stage with his guitar to start the show with “Everywhere”. Jason was absolutely charming throughout the show. He mostly performed new songs from his recently released album “Yes”, which was recorded with Raining Jane. I loved the banter between them throughout the show. You could tell they enjoyed working and performing together. 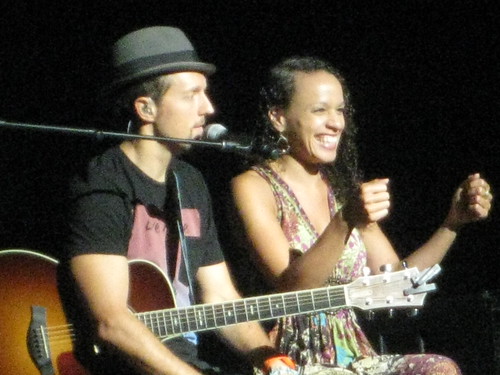 Jason asked if anyone at the show was on a date. He also asked if anyone there had been together so long that they didn’t realize they were on a date. Several people cheered at this. He saw one woman in the front row that was there alone and said; “We should go out on a date later.” They had their date when they both sat at the end of the stage pretending they were in a car. She had to pretend to drive as he played his guitar and sang “Long Drive”. He kept reminder her to keep her hands at 10 and 2 of the air steering wheel. Closer to the end of the song he moved her arm over his shoulders and everyone wooed.

There was a short intermission, but I would have preferred if they Jason would have played all the way through instead since he has such a large catalog of music. Jason talked about how he and Mona had an opportunity to go out to Antarctica and that it inspired him to write a song that may end up on a children’s album some day. They then started a video of the trip and sang “Bottom of the Sea”. Something distracted Jason so he ended up a bit off form the video so he had the video rewound so they could start all over again twice.

The encore included “I’m Yours” and a cover of Boyz II Men’s “It’s So Hard To Say Goodbye To Yesterday”. Just before this last song, Jason said he liked to call this part of the show “Girls to Man”.

After having seen Jason a few times, it was weird to sit the majority of the show. It wasn’t until “I’m Yours” that the crowd got up to dance at Mona’s urging. I totally crushed and fell in love with Jason Mraz all over again. I was disappointed that I didn’t see the show the day prior too. If you are a fan of his music he is a MUST to see live. 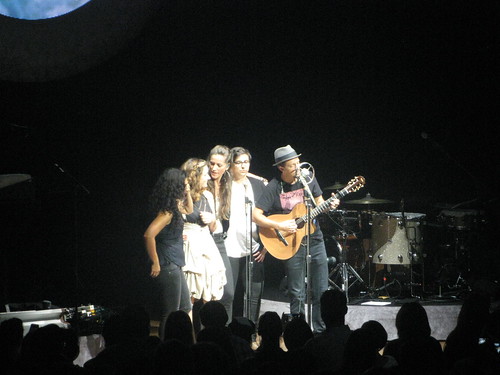 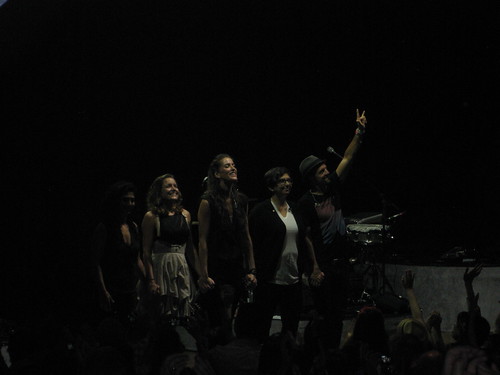