Better Than Ezra at House of Blues Sunset

Posted on December 8, 2014 by addicted2concerts 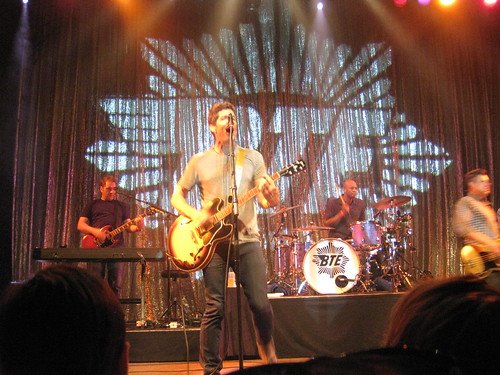 I’ve loved Better Than Ezra since their “Deluxe” album was released in 1993. The first time I saw them was at The Fillmore in San Francisco. I was so close I ended up with a guitar pick. I’ve seen Better Than Ezra at least one other time.

They performed in San Francisco the day before this Los Angeles show. I had tickets to see Linkin Park the same night. After checking Better Than Ezra’s tour schedule I decided to fly down to Los Angeles just for their show. They don’t tour California very so I didn’t want to miss my chance to see them.

Better Than Ezra has great chemistry and you can tell they genuinely like each other. Drummer Michael Jerome shined as he was challenged by Kevin Griffin to do a drum solo with cowbells. There was a good amount of banter and storytelling throughout the set.

The band released a new album earlier in the month and performed a few songs from “All Together Now”. They also performed the classic hits everyone wanted to hear – “King of New Orleans”, “A Lifetime”, “Extra Ordinary”, “Good”, “Juicy”, “Desperately Wanting” and “In the Blood”. They also covered James’ “Laid” and Elton John’s “Tiny Dancer”. This show was worth the overnight trip to Los Angeles. I was again close enough to go home with a guitar pick. I hope Better Than Ezra returns to California soon. 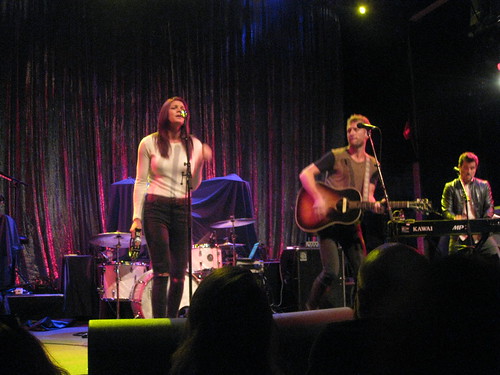 Scars on 45 were the second opener of the night. They are an indie rock band from the UK. They have had a couple of songs featured in TV shows. I was not familiar with any of their songs, but one girl in front of me knew all the words to every single song. I thought they were a great choice as an opener for Better Than Ezra. You can hear their music here. 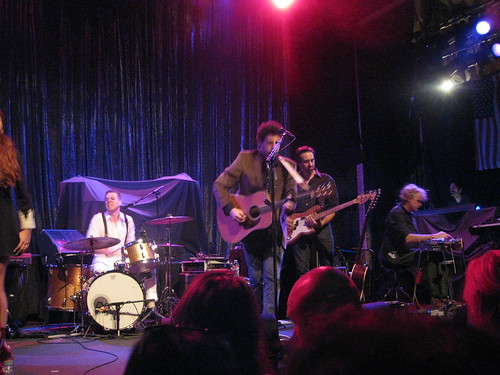 Honeymoons were the first opener of the night. They let the crowd know that this was their first show ever. They did a pretty good job. I liked their sound. It was difficult to find information on this band after the show. Their website is minimalistic and has a link to music on SoundCloud by The Grand Southern. I’m wondering if they have changed their name. I did find this video of one of the songs they performed at the show.