Posted on December 25, 2014 by addicted2concerts 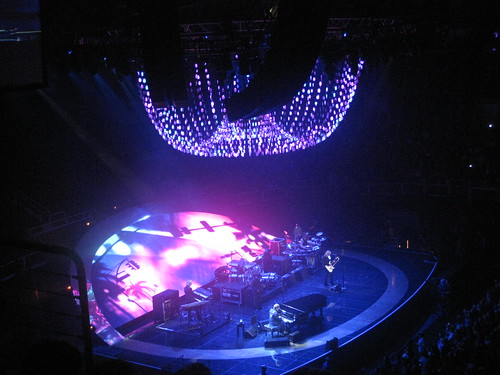 I have wanted to see Elton John since he announced a Las Vegas residency in 2004. I didn’t make it to Vegas for “The Red Piano” or “The Million Dollar Piano”. When a tour was announced I was excited to get a chance to see him closer to home.

When I arrived at my seat I was concerned that I was seated stage right, the side where Elton’s piano was placed. It turned out to be a great spot. Every now and then Elton would turn around to our side and wave or pointed as he walked over to his water. I felt a little bad for the other side of the stage, but Elton did walk over once to point and wave to the crowd on that side.

The show wasn’t overly flashy. During a handful of songs there were images of Elton John and clips from some of his music videos throughout his 50-year career. There were also stings of lights that came down in the center of the stage that looked like a chandelier during the slower songs.

Elton was energetic, engaging and played the hell out of his piano. There are so many hits for Elton to choose from. Almost every song had me thinking, “Oh wow, you aren’t going to close with that?” He put on a great show.

Setlist:
• Funeral for a Friend/Love Lies Bleeding
• Bennie and the Jets
• Candle in the Wind
• Grey Seal
• Levon
• Tiny Dancer
• Holiday Inn
• Philadelphia Freedom
• Goodbye Yellow Brick Road
• Rocket Man (I Think It’s Going to Be a Long, Long Time)
• Hey Ahab
• I Guess That’s Why They Call It the Blues
• Oceans Away
• Your Song
• Burn Down the Mission
• All the Girls Love Alice
• Home Again
• Don’t Let the Sun Go Down on Me
• The Bitch Is Back
• I’m Still Standing
• Your Sister Can’t Twist (But She Can Rock ‘n Roll)
• Saturday Night’s Alright for Fighting
• Crocodile Rock
• Circle of Life 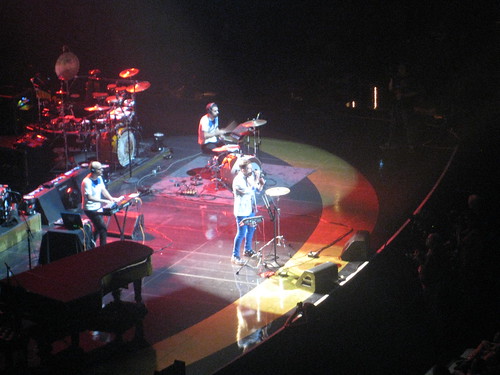 Bright Light Bright Light from Wales opened up the show. He did a handful of synthpop songs that all sounded the same. He was enthusiastic and adorable though.