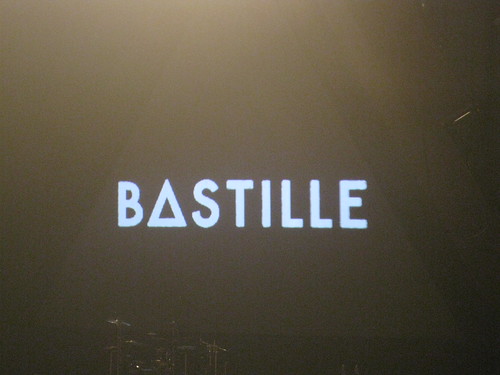 When I first heard “Pompeii” I thought that Bastille was just another electronic band. Then a coworker sent me a link to them covering Miley Cyrus’ “We Can’t Stop” on BBC Radio 1. They added in a bit of “Achy Breaky Heart” towards the end. They got me with their sense of humor.

Bastille has been to the Bay Area several times since “Pompeii” hit the airwaves. I have wanted to see them but either had other shows scheduled or wasn’t able to get tickets before they sold out. When the show at Bill Graham Civic Auditorium was announced I made sure I bought my ticket as soon as they went on sale.

It had been 16 days since my last concert. With all of the stress and late hours at work I was seriously suffering withdrawals. I’d been listening to Bastille’s “Bad Blood” album on repeat for months and was ready to let go of all the stress and have a good time.

The show started with “Things We Lost in the Fire”. Lead singer Dan Smith was worked all parts of the stage. I liked that he had risers to step on so that people standing further back can get a chance to see him. His voice sounded great; so similar to the album.

Dan asked the crowd to dance with him. He mentioned that he wasn’t a great dancer and that no one should feel self-conscious because they couldn’t be as bad of a dancer as him. I loved how the hood on his hoodie would land on his head as he threw his head down during “Bad Blood”.

They brought out their opener, Ella Eyre, to perform “No Angels” which starts with a cover of a portion of TLC’s “No Scrubs”. Their song “Of the Night” starts with a portion of “Rhythm Is A Dancer” by Snap!. Ella Eyre came back out with her band for the last song of the night “Pompeii”.

This was a great show. If you are a fan of Bastille they are a must see. I was still stressed about work when I left, but this show was much needed. 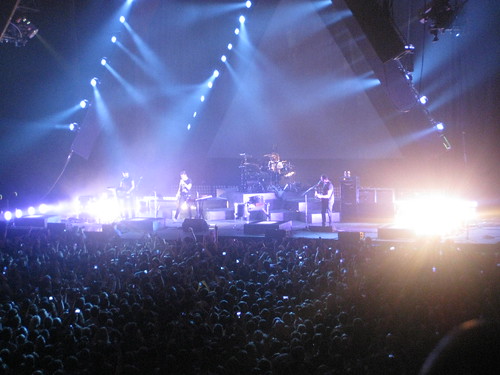 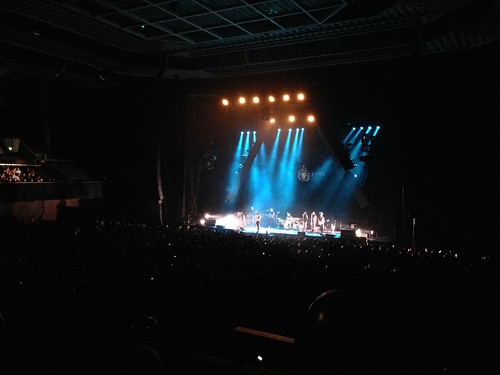 Ella Eyra, an English singer-songwriter, opened up the show. The sound for most of her set was terrible. I couldn’t really hear her vocals. She did work to get the crowd to sing and jump along to her songs. I wasn’t impressed with her live show, but having heard a few of her recorded tracks I might consider seeing her again.