Tom Petty and the Heartbreakers at SAP Center 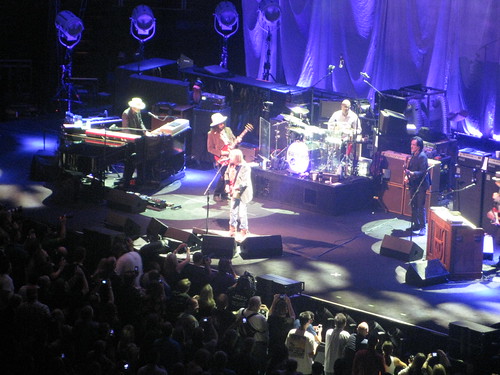 I saw Tom Petty and the Heartbreakers earlier this year when they headlined Day 2 of Outside Lands. That was the first stop of their Hypnotic Eye tour. The stop at SAP Center was an opportunity to see them perform in an arena.

This show was similar to the one at Outside Lands. Tom made the comment about not remembering much from the 90s. They performed several songs off of their latest album, “Hypnotic Eye” while mixing in plenty of the hits everyone wanted to hear. Tom was just as cool and mellow as he was in Golden Gate Park.

Paul Revere of Paul Revere and The Raiders had passed away earlier that day. To honor his passing, Tom Petty and the Heartbreakers covered “(I’m Not Your) Steppin’ Stone”.

As Tom introduced each member of the band he called out how many years they have been part of the Heartbreakers. The group looked like they were having a good time playing with each other. This was evident when the show ended and they came together to take a bow. I love when bands do this. 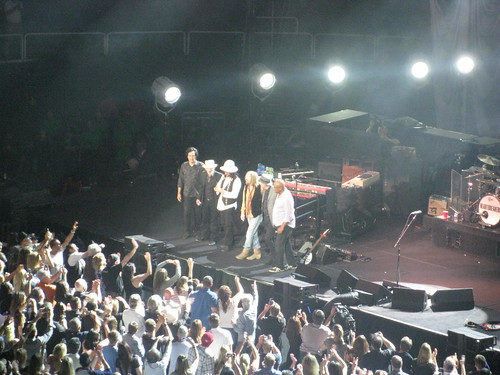 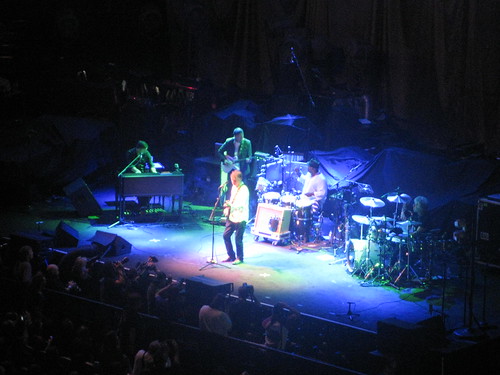 Steve Winwood opened the show and performed about 10 songs from the various groups he has been part of. He sat at the piano for most songs, but came center stage for a few. I was surprised that he did not perform “Back in The High Life Again”.