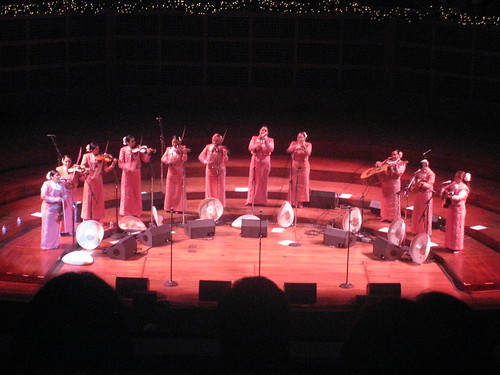 A Merri-Achi Christmas has become an annual tradition. This was the third year my friend and I attended this event at Davies Symphony Hall. As with the last two years, Mariachi Sol de Mexico de José Hernández performed. This year they were joined by the first all female mariachi group, Mariachi Reyna de Los Angeles de José Hernández.

The show started with both groups on stage to perform “Carol of the Bells”. Outstanding. Mariachi Sol de Mexico left the stage and Mariachi Reyna performed for the first half of the show. Individuals would move to center stage to sing and play their instruments. I don’t know the names to any of the songs that were performed, but Mariachi Reyna was excellent. It was great to see an all female mariachi group in a male dominated genre. 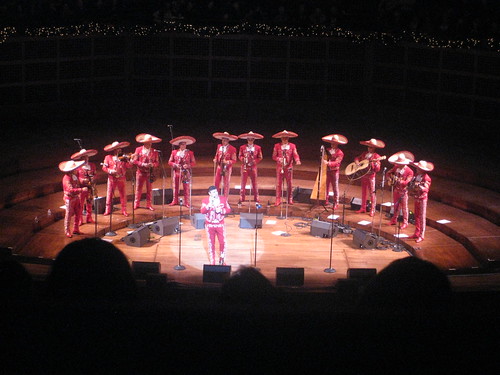 After Mariachi Reyna finished their set, Mariachi Sol de Mexico took the stage. They performed a few new songs, but did not perform “Volver, Volver” this year, which surprised me. José Hernández told some of the same stories and jokes. Again, I don’t know the names of any songs, but the ones in this portion of the show sounded more familiar.

The ladies joined the men on stage to perform a couple more songs including “The Nutcracker Suite”. José Hernández told the story of how he had dreamed he was having beer with Tchaikovsky and he had asked José why he never performs his music. José told Tchaikovsky that it was because his music is not mariachi music. After that dream José worked to arrange the music to be performed by mariachis. It sounded beautiful. 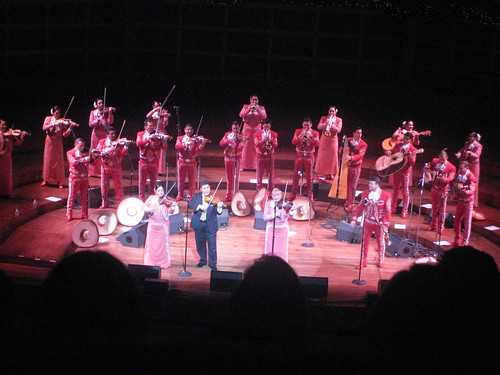 José mentioned that the San Francisco superintendent of schools, Richard A. Carranza, was in the audience and that he was once a mariachi. He called Richard up on stage and he performed with the group. They also announced that the school district was going to start the first student mariachi group in San Francisco. Maybe next year the students will be on stage with Mariachi Sol de Mexico.