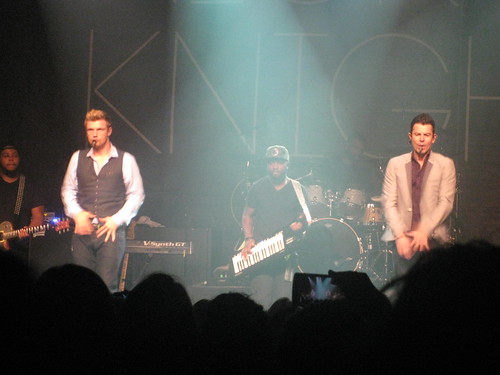 The Nick & Knight Tour announcement came through one of the many concert email lists I am on. I immediately knew I needed to attend this show. I had been to the NKOTBSB tour and it was fantastic. I figured this would be just as amazing but on a much smaller scale.

As I mentioned in my previous post, work has been busy and stressful. This concert was exactly what I need to release all of the stress I had been feeling. The show was far from a sell out, the upstairs of the Regency Ballroom was closed. Nonetheless the crowd was screaming like teenage girls from the moment Nick Carter and Jordan Knight hit the stage.

My expectations for the show were that they would do something similar to the NKOTBSB tour – each trading off performing their own solo songs and occasionally singing together. I had no idea they had recorded an entire album as a duo titled “Nick & Knight”. 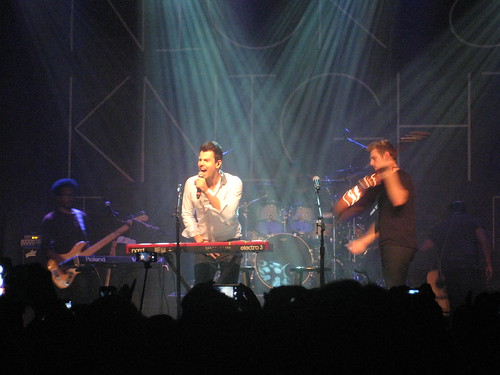 There was no opener. The entire night was dedicated to Nick & Knight. They started the show with “Nobody Better”, a song off of their new album. They had choreographed dance moves that simply made me smile and think to myself, “This is going to be a great show.”

They talked to the crowd and mentioned how excited they were that they were able to work together and put out an album. I believe it was Nick Carter that said “San Fran”, which always makes me cringe. Jordan Knight then said, “Wait I don’t think they like to be called ‘San Fran’ here.” He then went down a list of what he had heard was acceptable. 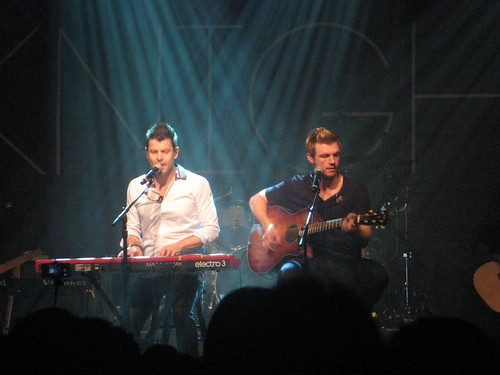 The show continued with the guys performing all of the songs off of their album. About midway through their set they did a medley of classic 90s songs – “No Diggity”, “Gettin’ Jiggy With It”, “Hip Hop Hooray”, “Jump”, “Creep”, “Thong Song” and “Pony”. It was amazing! The crowd was dancing the entire time. Nick and Jordan mixed in a couple of their solo songs as well as some Backstreet Boys and New Kids On The Block songs including “I Want It That Way” and “You Got It (The Right Stuff)”.

I had a great time at this show. Sure it was a bit cheesey, but if you like boy bands you have to like cheese. I’d totally go see them again. 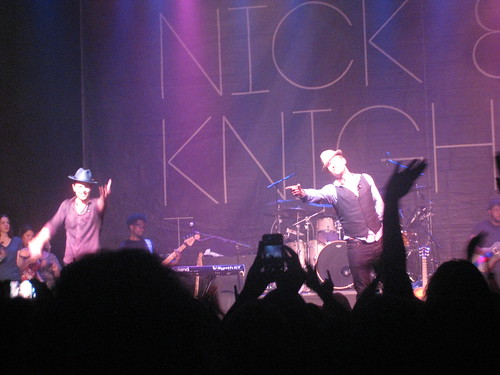