Strangelove IS The Ultimate Tribute to Depeche Mode

Posted on January 19, 2015 by addicted2concerts 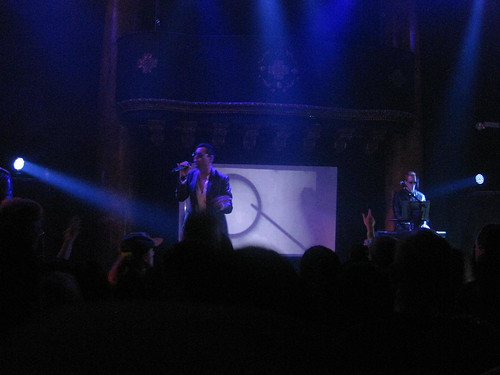 I won tickets to this amazing night of live music from TixieSF. I’ve seen cover bands before but Strangelove is different. They are a tribute band. Think Mark Wahlberg in “Rock Star”.

Strangelove say they are “The Ultimate Tribute to Depeche Mode”. After this performance I completely agree. Not only do Freddie Morales and Brent Meyer create their looks to mirror Dave Gahan and Martin Gore, but also sound so much like them. David Sepe and James Evans round out the group.

The show started with “Behind the Wheel”. Freddie shouted out “Sing it!” and I was immediately drawn in as if I was watching “101” live. They mixed in a few lines of one of my favorite Depeche songs “Route 66”. I remember discovering it on a compilation cassette tape I got from “Sassy” magazine.

Drawn in by the music and incredible performance, the audience spent the night dancing and singing along to hits including*:
• Blasphemous Rumours
• Black Celebration
• Shake the Disease
• Policy of Truth
• A Question of Time
• Never Let Me Down Again
• Just Can’t Get Enough
• Master and Servant
• Everything Counts
• Personal Jesus
• World in My Eyes
• People are People
*Not the full song list and not in order

I was hoping Strangelove would perform “Somebody” so I could relive seeing Martin Gore alone on stage in the spotlight at Arco Arena in 1993 during the “Devotional Tour”. Unfortunately they did not perform this song despite people in the audience shouting for it. The entire night was so amazing I did not leave disappointed. I left feeling like I had experienced the ultimate tribute to Depeche Mode. 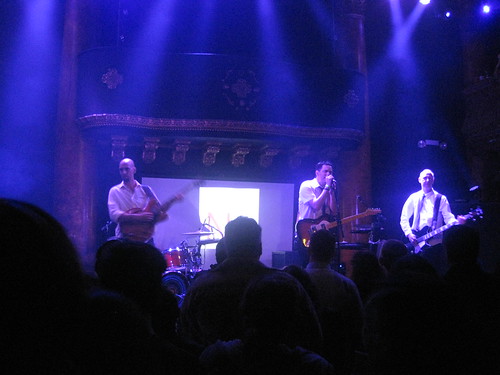 Temptation is a New Order tribute band based in the Bay Area. It was fun to hear New Order and Joy Division songs performed live. Temptation got the crowd dancing and singing along as they covered the big hits including “Blue Monday”, “Regret”, “True Faith”, “Bizarre Love Triangle” and of course “Temptation”. My only complaint was their closing out the set with a less energetic song. 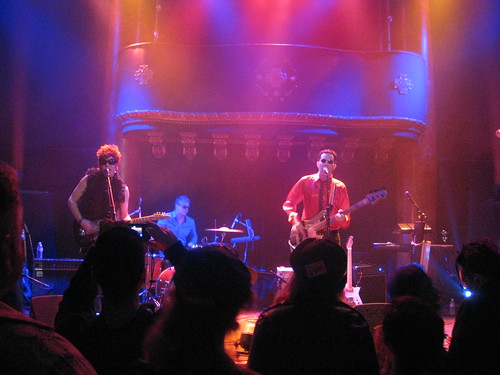 Luv’n Rockets is a tribute to Love and Rockets whose popularity in the US peaked in the late 80s. I missed most of their set, including “So Alive”. I did see when “Peter” (this is exactly how it is listed on their Facebook page) joined the band on stage to form Sanity Assassins, a Bauhaus Tribute. I don’t know a lot about Bauhaus or their sound, but I did not care for Peter’s voice. I was amused by his gothic look and the fact that he raised his jacket to look like bat wings.

You can view videos I took at the show here.