Posted on April 6, 2015 by addicted2concerts 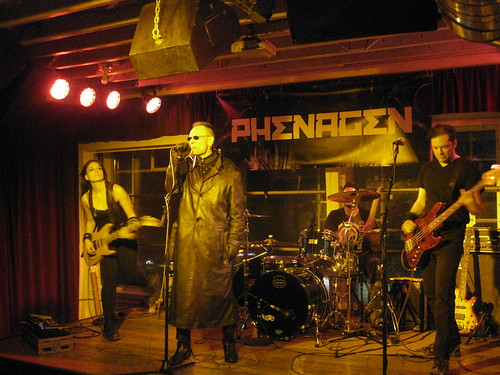 I had never heard of Phenagen before I saw this show listed on Tixie. I like rock music so figured why not bid a few tokens to see this show for free. According to the guitarist, Phenagen (founded by Phil Glasses) is originally from France and a legend in the rock world. Who knew?

The drums and guitar overpowered the vocals at the beginning of the set, but this was corrected after a few songs. I enjoyed watching guitarist Charly Gienau work what little part of the stage she had. There were a couple of times her guitar became unplugged because she was feverishly ripping on her guitar. The lead singer of Lucabrazzi plugged it back in for her a couple of times.

I wasn’t feeling Phenagen’s set, but I definitely was entertained. 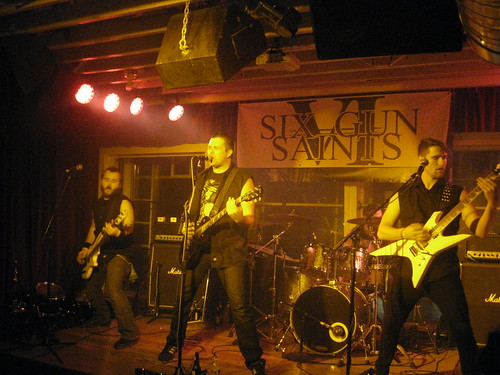 Six Gun Saints, a foursome from Concord, reminded me of the rock bands I would listen to in the 90s. They were my favorite of the night. 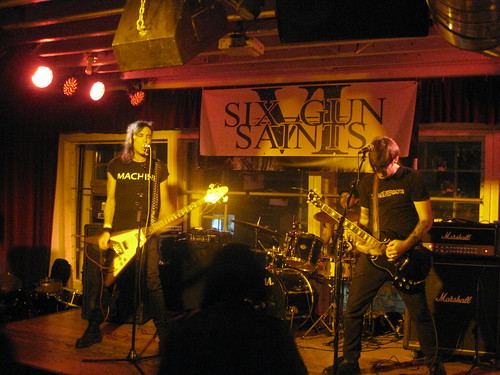 San Francisco’s Lucabrazzi was the second band of the night. The guitar of this 3-piece punk band drew me in. They were also fun to watch. 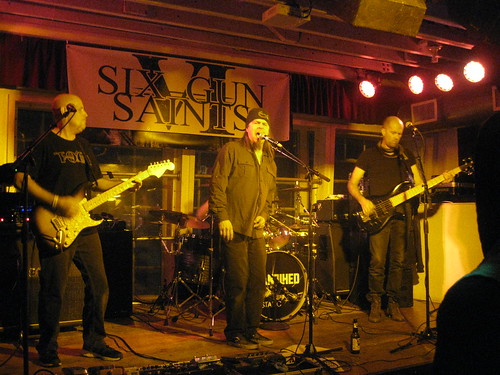 The first band of the night was Flanelhed. This Novato band reminded me how much I love real rock music. I was absolutely blown away by Chris Matthews’ voice. It was strong and loud. I would see these guys again.

Overall it was a great night of rock music.