Less Than Jake at The Regency Ballroom 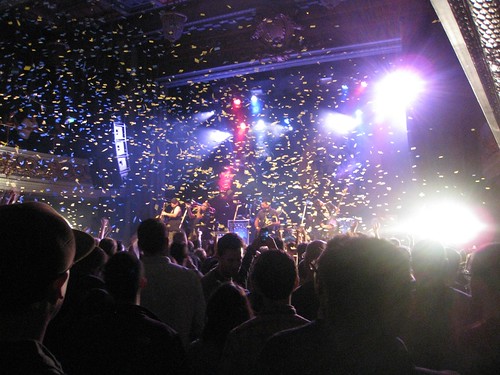 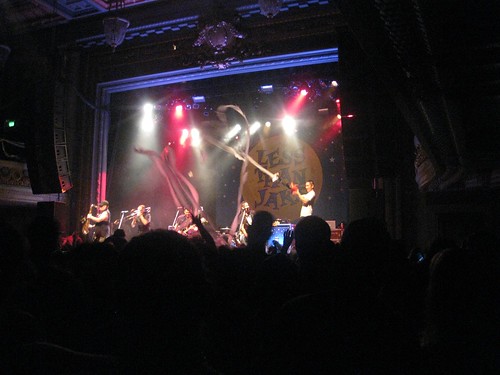 Rolls of toilet paper being shot into the crowd 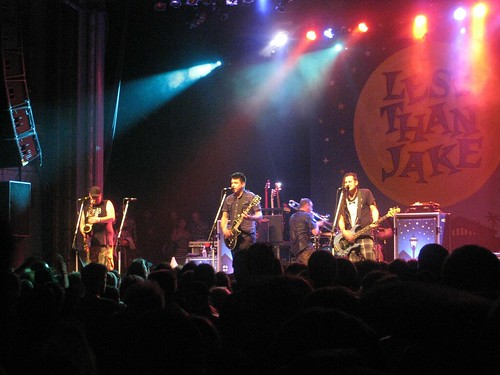 Less Than Jake immediately started their set with confetti. If you read this blog regularly you know I love confetti. It was non-stop skanking and a few circle pits. Every now and then you have to go back to your college or post college days of music. This was my night to do just that and it was a great time.

Their set included:
• Look What Happened
• Nervous in the Alley
• The Ghosts of Me and You
• Good Enough
• How’s My Driving, Doug Hastings?
• Automatic/We’re All Dudes
• American Idle
• All My Best Friends Are Metalheads
• Harvey Wallbanger
• Overrated (Everything Is)
• Johnny Quest Thinks We’re Sellouts
• The Science of Selling Yourself Short
• Anchor
• Sobriety Is a Serious Business and Business Isn’t Good
• Pac Man Cereal
• Liquor Store
• Five State Drive
• Plastic Cup Politices
• The Brightest Bulb Has Burned Out/Screws Fall Out
• History of a Boring Town 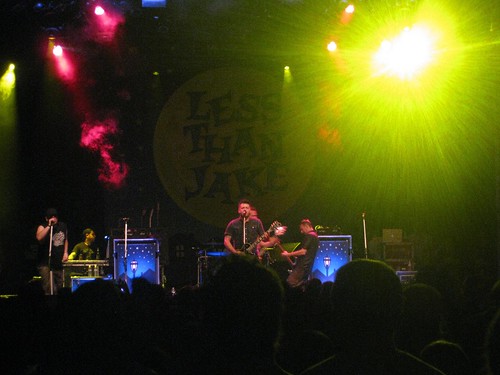 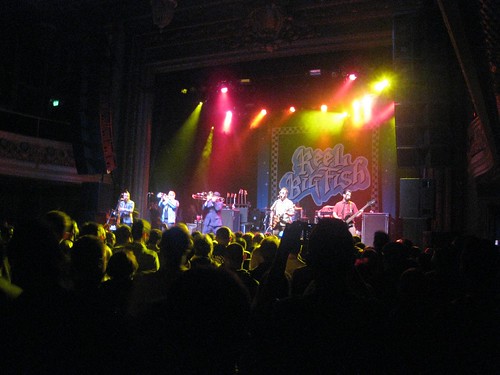 Reel Big Fish co-headlined this tour and was second on stage. Who doesn’t remember “Sell Out”? They put on a great show. They also had a circle pit form during their set a few times. That’s how you know the crowd is loving it. They performed covers of a-ha’s “Take On Me” and a portion of The Offspring’s “Self Esteem”. The horns sounded great and I loved watching people skanking.

Their set included:
• Everyone Else Is an Asshole
• All I Want Is More
• I Want Your Girlfriend to Be My Girlfriend Too
• Brown Eyed Girl (Van Morrison cover)
• Trendy
• Your Guts (I Hate ‘Em)
• Skank for Christmas
• Ban the Tube Top
• I know You Too Well to Like You Anymore
• She Has a Girlfriend Now
• My Life (The Forces of Evil cover)
• Another F.U. Song
• Where Have You Been
• Sell Out
• S.R.
• Beer (with portion of The Offspring’s Self Esteem
• Take on Me (a-ha cover) 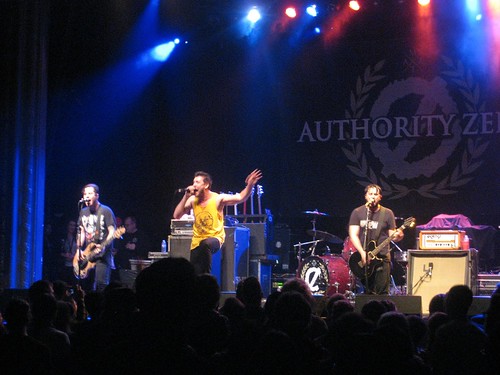 Mesa, Arizona punk rock band Authority Zero opened up the night. I absolutely loved them. Lead singer Jason DeVore worked the stage and the crowd getting us to clap and sing along. They were high energy and I was feeling their music. A circle pit even formed. They coved Wall Of Voodoo’s “Mexican Radio”. Authority Zero was more punk than ska, but I thought they were a great choice to open this show.