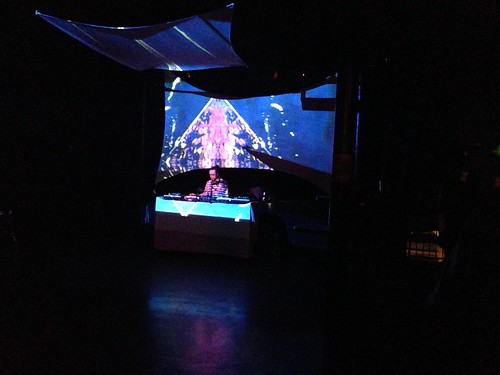 DJs have never really been my thing but I won tickets to see a few at Slim’s. I was a bit shocked that they were doing a DJ night as I think of Slim’s as a rock show venue. According to one of the bartenders this is something new they are trying. I assume this is to compete with other clubs that are predominantly dance club oriented.

Whatever it takes to keep this venue going strong. It’s a great small venue in San Francisco to see lesser-known bands as well as occasionally some bigger names. With apartments being built in the area and neighbors complaining about the noise, every music venue is at risk even if the venues were there first.

I wasn’t into the music that was bring mixed. Since there weren’t a lot of people to watch dance, I had a few beers some amazing chicken nachos and then headed home.

Slim’s did have a few other New World Order shows scheduled after this, but now a year later I am not seeing them on the schedule. I guess it didn’t draw a big enough audience.