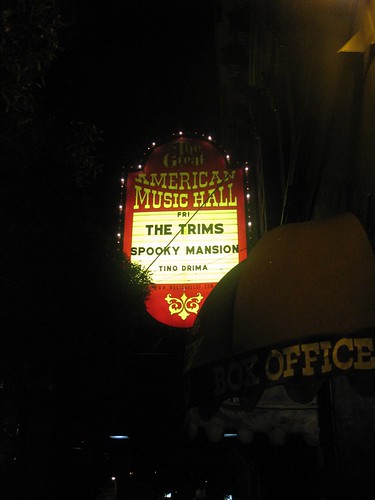 I was very happy to see this San Jose band headline Great American Music Hall. I have liked them since the first time I saw them at BFD in 2013 and have seen them in concert several times. This is the first headlining show I’ve seen them do.

The Trims put on a great show and had me dancing the entire time. I love that lead singer Gabriel Maciel wears white shoes every show. I hope he doesn’t stop when they have a record deal and stylist. The bands family was in the crowd front and center. Gabe did a shout out to his mom. You could see the pride she was feeling all over her face.

This was the first time they introduced the members of the band. They include:
• Gabriel Maciel – Vocals/Guitar
• Bryan Aguirre – Lead Guitar
• Billy Brady – Drums
• David Ovlite – Bass
The Trims have gone through a few bassists since their inception. Hopefully David Ovlite stays so these guys can continue to make new music and hit the big time. 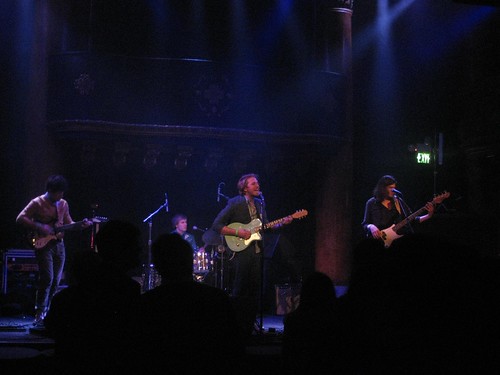 Spooky Mansion from San Francisco was the second opener of the night. They describe their sound as Surf Soul Rock ‘n Roll on their Facebook page. The first song started off a bit slow, which concerned me but the rest of their set picked up. I enjoyed watching the Carlos McCone, lead guitarist, perform. Bassist Marty Reising was drinking what looked like milk while on stage. I found this odd as it doesn’t seem very rock ‘n roll. Maybe it was a White Russian. Overall a good set and a band I’d see again. 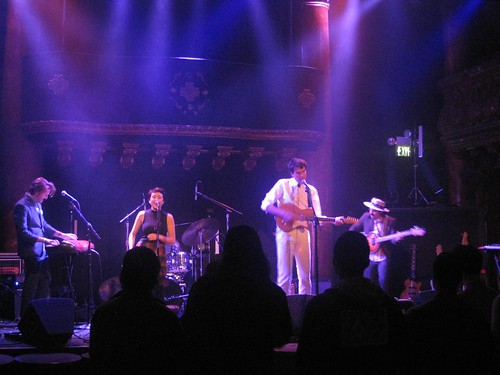 The first opener was Tino Drima, also from San Francisco. I really liked their sound. It reminded me a bit of the 50s rock ‘n roll, but yet it still felt modern. Another band I would see again.