Beautiful Machines at Neck of the Woods

Posted on January 10, 2015 by addicted2concerts 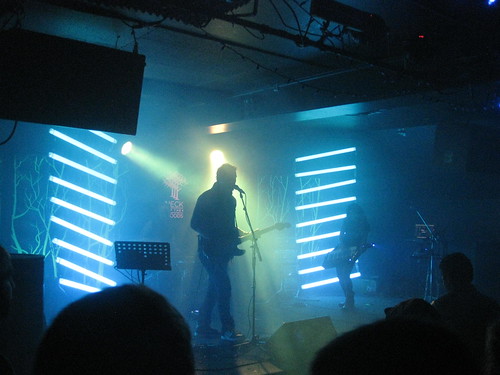 Thanks to Tixie SF my first concert of 2015 was free. I won tickets to this show that consisted solely of Bay Area bands. Beautiful Machines was the headliner of the night. This Synthpop band is from right here in San Francisco. I enjoyed their set. I liked the fact that even though they are electronic and synth traditional instruments are part of their sound. You can listen to them here.

While Beautiful Machines may not have been the most fun band of the night, they did have the best production and light show. For their last song they asked the other bands to join them on stage. 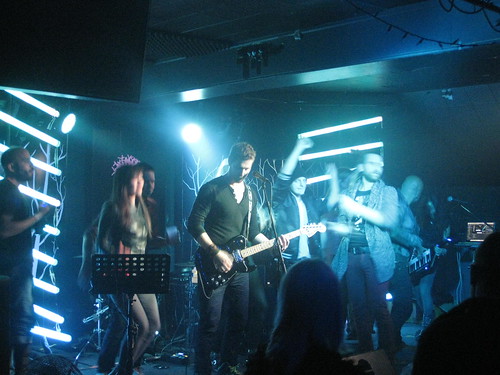 Beautiful Machines has the other bands to join them onstage for their last song. 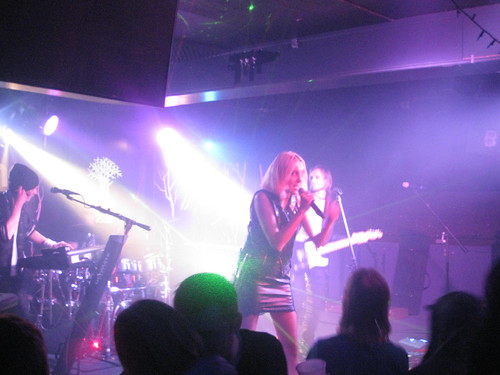 As the stage was being set for Kiwi Time, I saw a woman with a keytar and immediately got excited. Kiwi Time got the crowd clapping before they even walked on stage. There were a few issues with the sound, but the band kept on playing and singing as the sound guy worked to fix everything.

Lead singer Anna Makovchik got the crowd to dance with her by having them move to the right and then to the left. They had a lot of energy on stage and connected with the crowd. This San Francisco via Belarus band was my favorite of the night. Their music was fun and the most danceable. You can check out their music here. 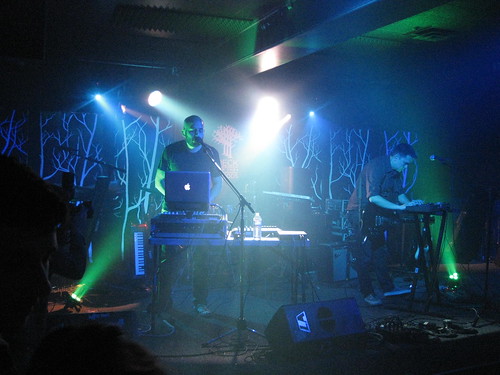 Analog Dream, an electronic duo from San Francisco, was the second opener of the night. I overheard someone say it was the type of music you’d have on in the background. I have to agree. Their music is much too mellow to be seen performed live. The first group had a few people dancing. I heard a lot of people talking through Analog Dream’s set. Hear for yourself. 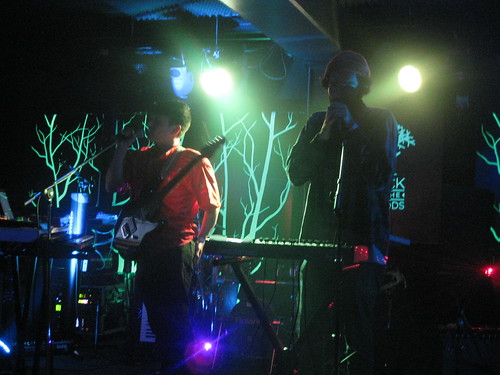 Oakland based electronic synth-pop duo Bangus Tron opened up the night. I liked their beats and was amused by their lyrics. “Denim Queen” definitely stood out. You can check them out here.