Linkin Park Worth Sitting in Traffic 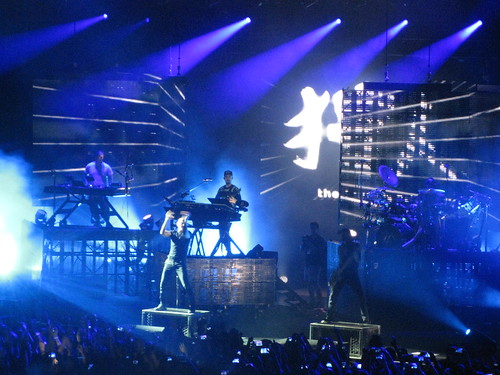 Linkin Park released “The Hunting Party” earlier this year and went on the Carnivores Tour to support it. I bought the album the day it was released and love that it is the hardest album they’ve released to date.

It took me 2.5 hours to get to Concord Pavilion from Downtown San Francisco on a Friday night despite leaving work at 3:30p. I seriously questioned my devotion to Linkin Park as I sat in traffic. Thankfully they did not disappoint.

Chester Bennington and Mike Shinoda work the stage and crowd throughout the entire show. You can’t help but want to sing, jump and clap along. They have a few risers on the stage that allows those further in the back to see them. Bassist Dave Farrell and guitarist Brad Delson also use these risers. At the end of every show the entire band will shake hands with the fans.

I love Linkin Park. Their music is my release. Their live shows are always great. They do a great job of mixing their new stuff with their older hits even if they don’t perform the entire song. Now if only they would add “Crawling” back into their setlist. 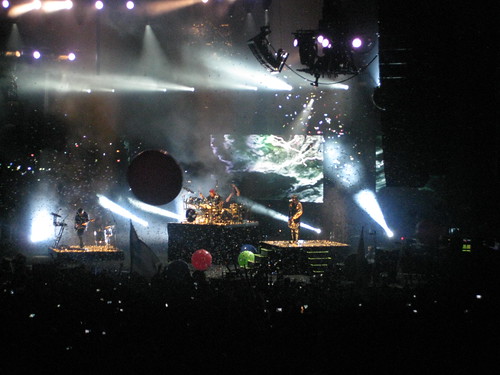 I missed AFI’s performance because of the terrible traffic. I did manage to make it into the venue in time to see 30 Seconds to Mars. Jared Leto is very charismatic and knows how to work a crowd. He was all over the stage getting the audience to clap, sing and sway their arms. Jared even ran through the crowd and around the floor of the venue. He ended up in the handicapped section and sang an entire song to a guy in a wheelchair and then kissed him on the forehead. Confetti and beach balls were released during their set. I love confetti, but can do without the beach balls. 30 Seconds to Mars ended their set with “Closer To The Edge” and several fans joining them on stage.