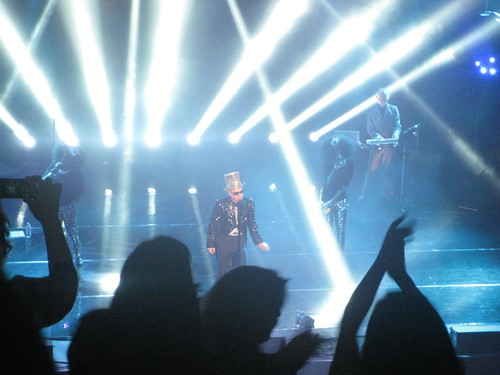 Erasure came onto the scene in the mid 80s. I remember playing their “Pop! The First 20 Hits” CD constantly. I had wanted to see them when they toured in the early 2000s, but for whatever reason I wasn’t able to. I was excited to see them release a new album and tour to support it.

Andy Bell came out on stage in skintight lycra pants, a sparkly jacket with tails and a top hat. He danced all over the stage and would wave to people in the crowd. He looked happy to be performing. Later in the show he was in sparkly booty shorts with a t-shirt and boots.

Vince Clarke spent most of his time in the background with the laptop and keyboard. He only came out from behind the computer to play guitar for a few songs.

They performed several songs from their new album, “The Violet Flame”, but like all acts with a large anthology Erasure mixed in the hits the audience really came to hear. It was a good time. 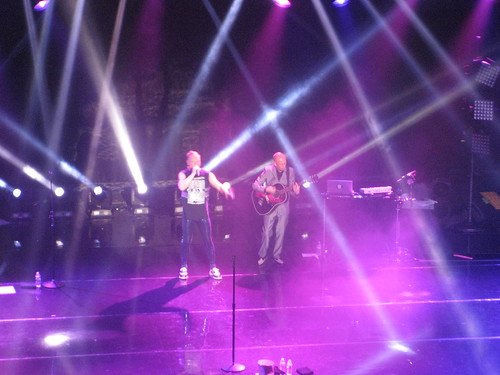 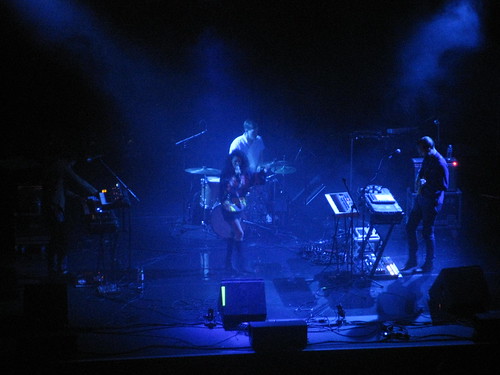 Superhumanoids from Los Angeles opened up the show. They weren’t as bad as the DJ that opened up for Pet Shop Boys last year, but it was reminiscent of the disinterest the crowd had at that show.